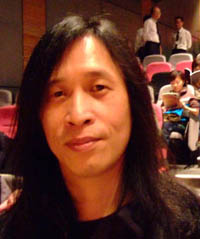 Upon leaving school, Herman has devoted most of his time in the film industry and written for a number of magazines and newspapers as columnist and freelance writer. Other than as a freelance writer, Herman has participated in a number of audio visual productions including music video for Chang Kuan, Jie Cheng-jiang, Anthony Wong, Jacky Cheung, Andy Hui, the renowned American jazz player Eric Marienthal and Japanese pop group Mariko, TV commercials and promos for the Hong Kong Film Awards. In the year of 1997 and 1998, Herman has participated in the filming of TV series produced by Radio Television Hong Kong. In 2003, to celebrate the 30th anniversary of the Independent Committee Against Corruption (ICAC), ICAC has produced a television drama series and Herman was invited to be the director of one of the episodes. In 2007, ICAC invited Herman to be the director of the TV drama again.

In the past years, Herman has involved himself in the production of more than 80 movies.