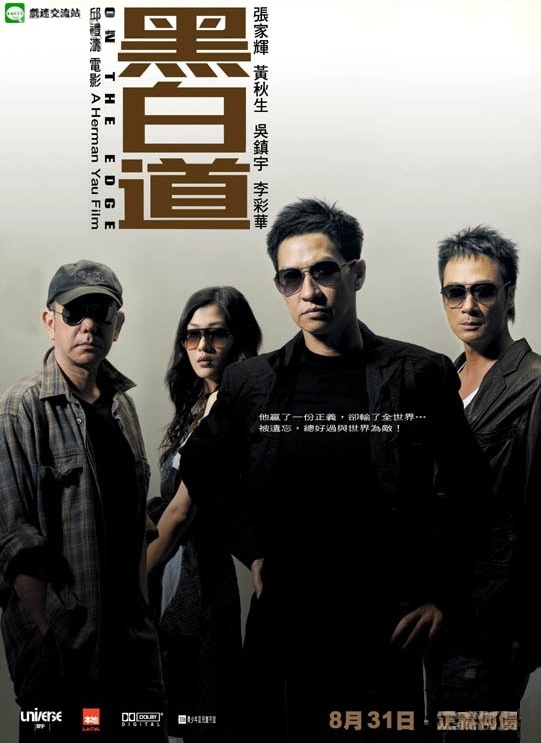 After receiving award for his bravery, Hoi San, an undercover cop for eight years, is finally allowed to resume a life in the light.

To Hoi San, it is uneasy to manage a new life. He can feel the strange and untrusting looks given to him from his colleagues, and every time when there is an operation, he is always the last be informed at the very last stage. What further agitates him is that he is often being traced. One day, Hoi catches the guy who is tailing him, and discovers he is in fact from the Department of Internal Affairs! His supervisor Sergeant Ho claims that it is just a routine procedure. On the other side, when he goes to his girlfriend Kan' bar for a drink, he is treated with cool stares by his familiar bar tenders. Kan is also repelled by her colleagues as most of their boyfriends are from the triad. Kan tells Hoi not to meet her in the bar anymore to save her from embarrassment. In the meantime, a gangster who once had a row with Hoi mocks him openly, and causes uproar in the bar. Hoi takes out his gun to settle the situation. In the end, Hoi gets complained of abusing his power in personal affairs. Hoi is extremely frustrated.

One day when Hoi is meeting Dik in a boxer gym, a close friend in his undercover days, Ton appears. He has been wanted by the police for three years. Ton asks Hoi to team up with him. Hoi refuses and swears to put Ton into jail, yet Ton escapes. Hoi rushes back to the police station and tells Sergeant about that, surprisingly he is handcuffed. Sergeant takes out a tape that shows Hoi and Ton together in the gym. Hoi can¡¦t manage explain, and believes he is framed by Dik. He has no choice but to snatch the police car to get to Dik¡¦s home. He shocks Dik and Kan are together, Hoi loses control and the two fights. After the police arrived, Sergeant asks him to let Dik go and confess his crime. That is the final straw, Hoi breaks down and wonders why he gets to such a mess. How should Hoi deal when fate plays tricks on him?