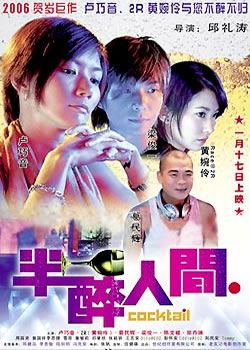 There are six portions to this film and each of them appears in a bar named "Half Life". The main theme of the film tells the story of a gloomy guy, Paul (starred by Endy Chow), who comes to the bar to apply for the position of bartender. The owner of the bar, Candy (starred by Candy Lo), hired him and put him behind the counter to learn bartending from the part timer Stella (starred by Race Wong). Paul and Stella has a feeling for each other and they also witness the up and down of different emotions of people around them in the tiny bar.