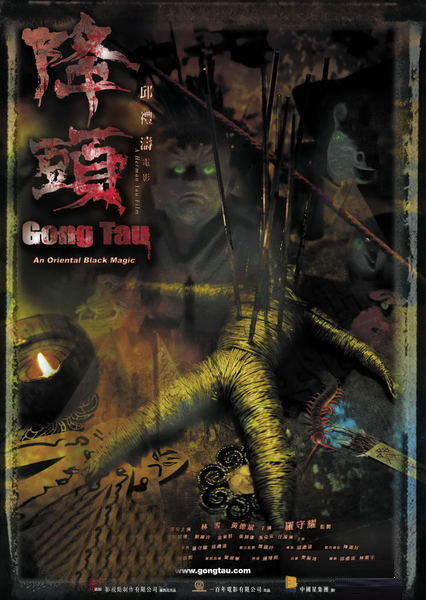 CID detective Rockman was sent to Thailand to investigate a case involving Hong Kong and Thai underground syndicate. During his visit he met a sexy table dancer Elli. They had a brief but hot steamy affair. Unexpectedly Rockman was ordered to return to Hong Kong. Before leaving he promised Elli he would return. But he never did. Heart broken Elli felt she was deceived. Rockman never expect his affair would bring the worst luck for him and his family.

Three years later in Hong Kong, a senior policeman was murdered and the most wanted fugitive Lam Chiu was the prime suspect. While Rockman was busily investigating the case, his wife, Karpi, broke down after their son died mysteriously. In the following day, all the major newspapers headlined these two cases, saying the murder and the baby's death are related. Desperately, Rockman worked closely with Brother Sum, a well-seasoned detective, trying to solve both cases.

Brother Sum, highly perceptive to super naturals, suspected that Rockman's family was jinxed because of his affair in Thailand. In the beginning Rockman had doubts, but with Karpy in agony and suffering from unexplainable syndromes, Rockman had no choice but to get help from Master Clear Sea hoping to exorcise the evil spell - "Gong Tau".

Unfortunately, the exorcism failed and the situation got worse. The sorcerer was getting close. To cast the most evil Gong Tau, the mysterious sorcerer even mutilated his own body. Obviously, he wanted the worst for Rockman and his family.

By chance Rockman arrested Lam chiu. Lam, who turned out to be a Gong Tau expert, offered to exorcise Karpi's Gong Tau for letting him go free and leave Hong Kong. This is a catch for Rockman as he would be committing a crime in doing so. He had to deal with the devil in order to save his wife. The case took another turn when Brother Sum got the wind of it. Meanwhile, the sorcerer finally showed up, and he vowed to torment them. His name was "Lockman" and he came from Thailand. He was a guardian angel for Elli, who committed suicide after Rockman left. Lockman sworn upon her death that he would revenge for her with the most evil and powerful Gong Tau on the deceiving Rockman.