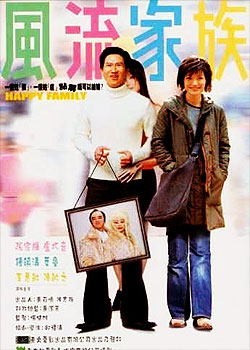 Sang, the only son of wealthy celebrity couple Mr. and Mrs. Han. He runs their family business while his eccentric parents scheme about how to remain in the public spotlight. Meanwhile, Sang meets new office lady Kaka, and the two begin a subdued courtship and eventually decide to get married. But Mr. Han does not allow them as he spent a good deal of his youth playing around, and one of his many conquests was Kaka's mother. That means Kaka may be Sang's half-sister.