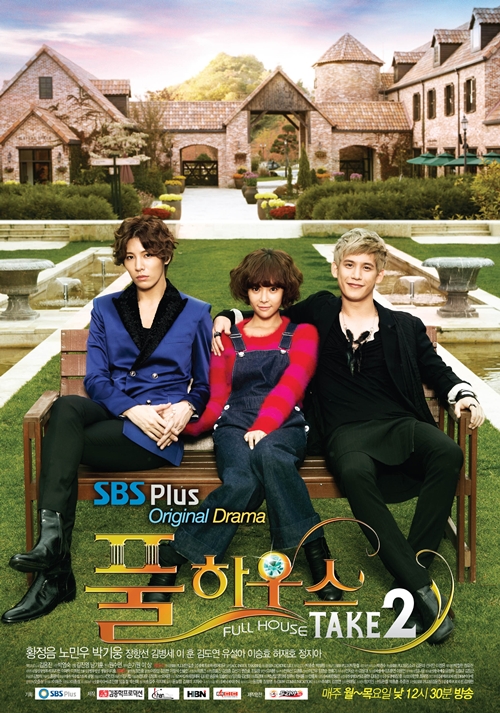 When Man-Ok and Tae-Ik were children, they first met at a party held by Tae-Ik's parents.

Meanwhile, Tae-Ik (No Min-Woo) and Gang-Whee (Park Gi-Woong) are members of "Take 1," a popular boy group duo. They act close in front of the camera, but off camera they can't stand each other. "Take 1" then goes to China for a concert. At their hotel, the duo have a physical confrontation over their onstage wardrobe. Gang-Whee is furious and leaves the hotel. Their concert is quickly approaching, but nobody can find Gang-Whee. Tae-Ik then decides to go on stage alone. While performing he feels something going wrong. It turns out, Geng-Whee is allergic to a particular type of fabric and he is about to collapse on stage. At this moment, Gang-Whee suddenly comes on stage and saves the moment.

After their concert, Tae-Ik becomes furious at his stylist and, in response, his stylist quits. Back in Korea, Gang-Whee goes out in disguise, but his fans recognize him and surrounds him. Man-Ok, who happens to be there, saves Gang-Whee. Gang-Whee promises to meet her again and buy her a meal. On the way back to her grandfather's institute, Man-Ok's motorcycle is stopped by a man. She is surprised to see that the guy is "Take 1" member Tae-Ik. They don't realize that they knew each other when they were children. dido Oct 08 2017 4:18 am well, it was good since it ended well..but it can't be compared with the first full house..no min-woo is lot prettier than the female lead..hope to see more in kdramas showcasing his singing talent..

Semperlei Sep 08 2017 5:47 am this drama is good.. at first i had a second thought of watching this one but since the lead actress is one of my fave i gave it a try... and i must say its a good one... entertaining.

ann Apr 01 2017 4:33 am really too late for me watching this drama....it was so good and never got a chance of getting bored...super entertaining drama and it was so fun to watch it....everyone made a good spot in the drama....

Swati Katariya Oct 15 2015 5:31 am After watching Full House (staring Song Hye Kyo and Rain Bi) 3-4 years ago i watched 5 min. from starting episode of FullHouse 2 that time i wasn't that interested in K-drama so much so dropped it . But few days back after watching Full House Take 2 i became a die hard fan of No Min Woo <3 <3. I saw him appear in the K-Drama My girlfriend is a gumiho. His acting was so stunning in that drama so is in Full House take 2. He is at his best in this ^__^ i really enjoyed watching this drama :)

SuperJuniorrrrrr Oct 22 2011 2:02 am I hope so hes confirmed in this drama.Anyways i also think he should be the lead in My girlfriend is a Nine-Tailed Fox.

evilive Oct 12 2011 4:45 pm lol yeahhhh they are the cast ^v^ im shure that when everyone who watched MY GIRLFRIEND IS GUMIYO that everyone was thinking and wanting him to be in a leading, like a drama like this. cuz i was thinking too :)