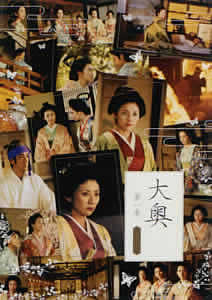 It is now eight years Kasuga No Tsubone passed away. In the Ooku (the Inner Palace) where Oman has become the boss to control everything, a new battle is about to begin regarding the next Shogun. Standing before the bedridden and dying Shogun Iemitsu, his real wife and concubines start to tell the hidden facts about the affair between him and Kasuga No Tsubone in former days. Kasuga No Tsubone's fierce way of life and her dignified and noble manner come to life again in this additional story that was not told in the course of the regular series.