Ooku -War of the Belles- SP 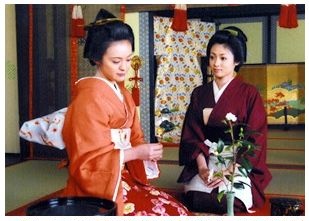 Following the death of Shogun Tsunayoshi (Shosuke Tanihara), Yasuko (Rina Uchiyama), who was his concubine, has her head shaved and becomes a Buddhist nun, living a monastic life together with Otowa (Kimiko Yo). But then a letter arrives for Yasuko. It's from Yoshiyasu Yanagisawa (Kazuki Kitamura), her inveterate foe. He says that, now facing death, he wants to repent what he has done in the past. This two-hour special depicts the tragedy that took place in Tsunayoshi's younger days, thus closing the curtain on the War of the Belles series.This is the period prior to when Tsunayoshi Tokugawa became the fifth Shogun. At that time, he was the daimyo of Tatebayashi. Nobuko (Norika Fujiwara), Tsunayoshi's real wife, comes from a noble family in Kyoto. Since she is used to the noble Kyoto style of life, she shows no signs of warming up to the style of the warrior class in Edo. Tsunayoshi's mother Keishoin (Kyoko Enami), seeing this state of affairs, starts to feel the need for a concubine. It is Oden (Eiko Koike) who then appears on the scene. Yanagisawa, a close friend to Tsunayoshi, treats him like his own brother. Nevertheless, Tsunayoshi fell in love with Riku (Rina Uchiyama in a double role), the woman to whom Yanagisawa has been engaged to. The wheels of fate, now moving in a crazy direction, start to involve Yanagisawa, Riku, Nobuko and Oden, resulting in a terrible tragedy.