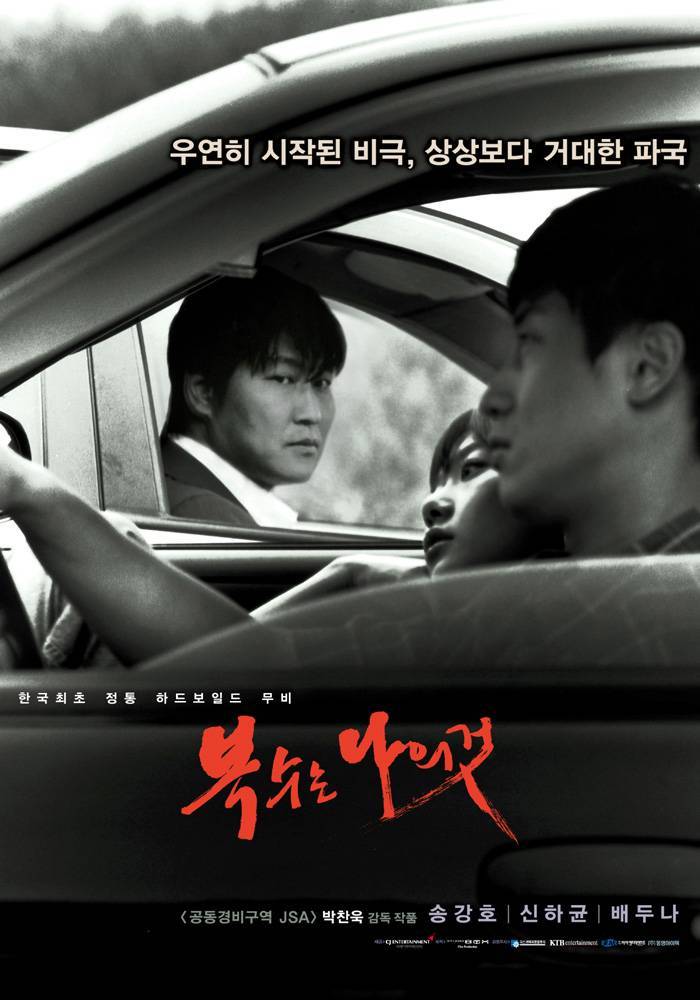 Ryu, a young factory worker, has recently quit art school in order to look after his sister, who is dying a slow, agonizing death for want of a kidney. When a doctor tells Ryu that he is an unsuitable donor and that the chances of finding one is slim, Ryu turns to the black market. But the old lady who runs an underground organ ring cheats him, taking both his life savings and his kidney and leaving him without the kidney she promised in exchange. Ryu’s girlfriend, a Raggedy-Ann leftist named Young-Min, urges Ryu to kidnap the four-year-old daughter of industrialist owner Dong-Jin Park, who recently laid off Ryu and many other workers from his factory. Ryu agrees, but just as the plan is on the verge of success, Ryu’s sister discovers what Ryu and Youngmin have been up to, and kills herself in despair. Compounding the tragedy, Ryu loses track of his little illicit charge during a visit to his childhood haunts, and she drowns in the river Ryu and his sister played in as kids. Dong-jin’s deep grief quickly turns to rage and he embarks on an implacable quest for vengeance. At the same time, Ryu goes after the organ traders, knowing that if they had come through, none of the tragic occurrences would ever have happened. Bound by their common sense of loss and deep-seated anger, the two are on a collision course of revenge.