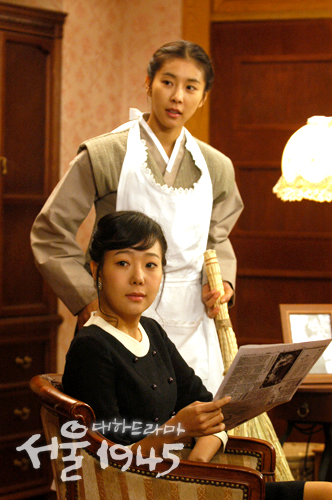 In depicting the lives of young people during Japan’s colonial rule and the Korean War, Seoul 1945 sought to portray the most turbulent period of contemporary Korean history in a neutral, objective light with the aim of helping to heal the psychic wounds of the people.

Robert Sloan May 15 2014 10:23 pm I am an american and I enjoy Korean dramas very much. Seoul 1945 is the best one I've ever seen so far. The amount of emotion displayed throughout the show is very deep. The music is wonderful also. I've never seen anything that beats it.This is something I would sure like to have as a collection for myself. Watch the entire series. The end I call gut wrenching. Very sad and something to remember. More TV today should have such emotion and feeling. Also I appreciate the English subtitles. I may not understand the language, but if I can read along in English I'm fine. Too bad most Spanish shows don't have this yet. Thanks to all the people who put this together. Wonder full job.

andrea Dec 26 2011 8:46 am This is show is DEEP! Its like watching history live. The actors are suberb. I've only seen two episode but already my heart is so torn as I watch. I think about the charactors long after the show is over!!

I really like how the show allows time for the story to be told. The story lines are beautiful developed. None od the corny one liners or adapted historical events to current thinking and attitudes!!!!

I will continue to watch. Drea

birdiieee Jan 27 2011 8:43 am This is a wonderful drama! It's about love in war times ♥ You might be thinking that it's too long, but trust me: when it's finished, you'll wish it never ended. So enjoy every minute of it! ^^

Here's a video to make an idea of how great this drama is! :)