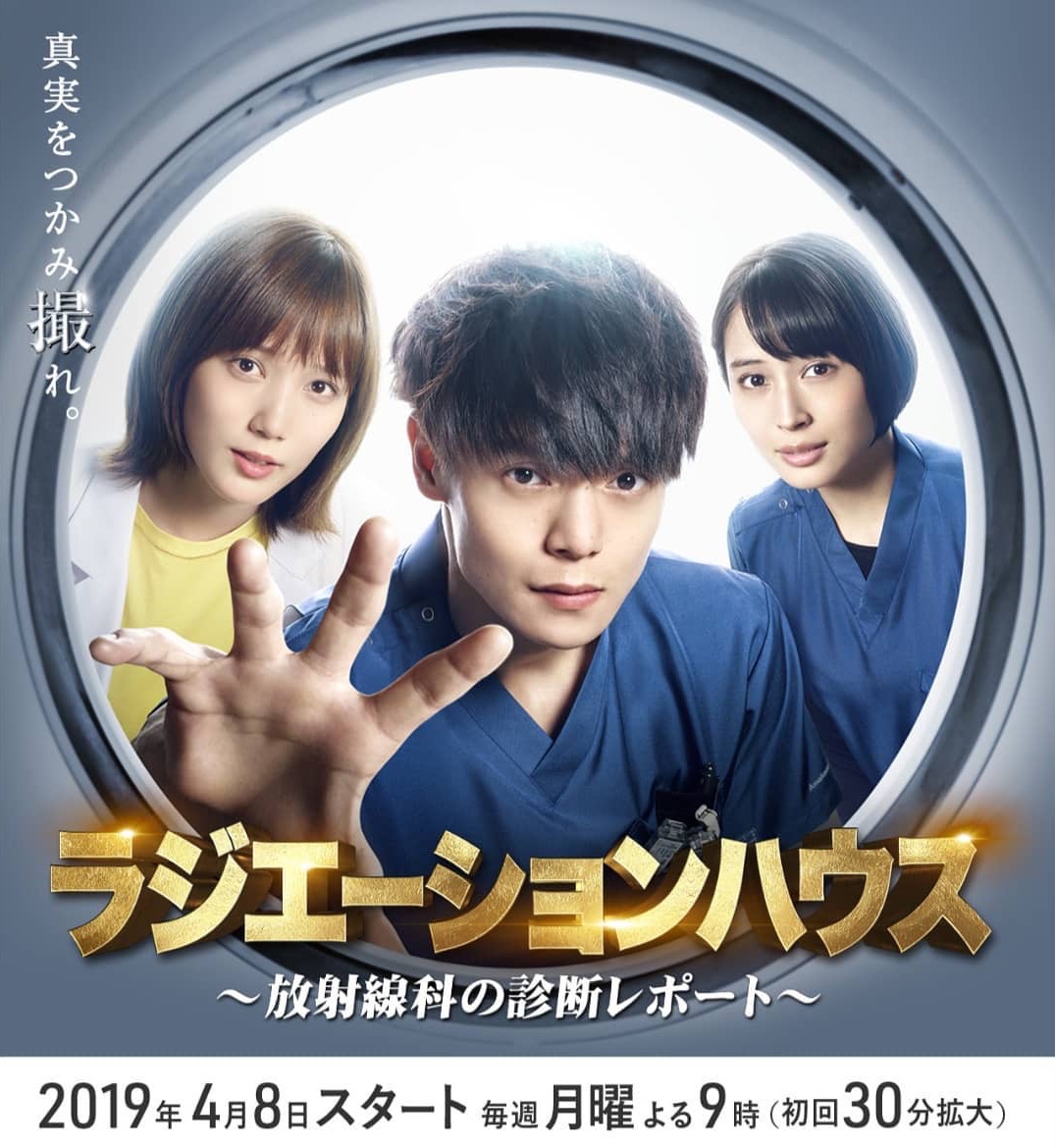 Iori Igarashi (Masataka Kubota) is a radiographer. He is proud of his job and he is also sincere. He received recognition for his work in the U.S. and he is now back in Japan. Iori Igarashi begins work at a general hospital.

Meanwhile, An Amakasu (Tsubasa Honda) works as a radiologist at the same hospital where Iori Igarashi now works. Her father is the ex-director of the hospital. She wants to help patients, but she places a priority on administrative rules and running the hospital efficiently. An Amakasu seems to look down on radiographers who don't possess a doctor's license, but she actually lacks confidence in herself. After An Amakasu meets Iori Igarashi, she changes.

so i love the manga (this drama's source material, still ongoing btw ppl) because igarashi's such a preshys boi in it, but when i tried this drama, i was soooo surprised that it had the camerawork in hero (drama where kimura takuya acted as a prosecutor)

And Wouldn't You Know It, Hero And This Drama Were Directed By The Same Director AAAAAAAAAAAA

they could've scrapped the storyline in ep1 where igarashi instantly diagnosed the bus driver because it didn't look realistic (unless the doctors of the internet says it be real easy to come to the same conclusion as igarashi did by seeing the driver's appearance, the talk he had with him, and how frequent he encoutered that situation with his tablet), but overall, i believe the people who're handling this drama will make something unique out of it and won't destroy the manga like other drama adaptations (*coughs blood* death note american *ded*)

ny Apr 05 2020 1:41 am I luv it. Please season 2? This dorama make feel so love my job and speechles to how describe that's mean image imaging and rontgen

rj Nov 12 2019 9:30 am this drama need season 2 and kubota need more project. he is one of those actor/actress that you can feel emotion of his/her character's role in drama.

reply to confused... Jul 07 2019 10:32 pm Metal implants or fragments. Having something metallic in your body doesn't necessarily mean you can't have an MRI scan, but it's important for medical staff carrying out the scan to be aware of it

well i didn't have any medical education, obviously it's from google

Confused... Jun 19 2019 9:25 am Metal in the body is a contraindication for an mri scan... Since it uses magnets to create strong magnetic fields... It can dislodge/move any metal foreign body present... But in episode 1 they did an mri to a person with a metal foreign body in his brain...

Amy Feb 15 2019 8:10 am Yes! My favourite manga will be turned into drama. Thou I was hoping for Ayano Go to be Iori but that’s okay. I know Kubota Masataka also a great actor