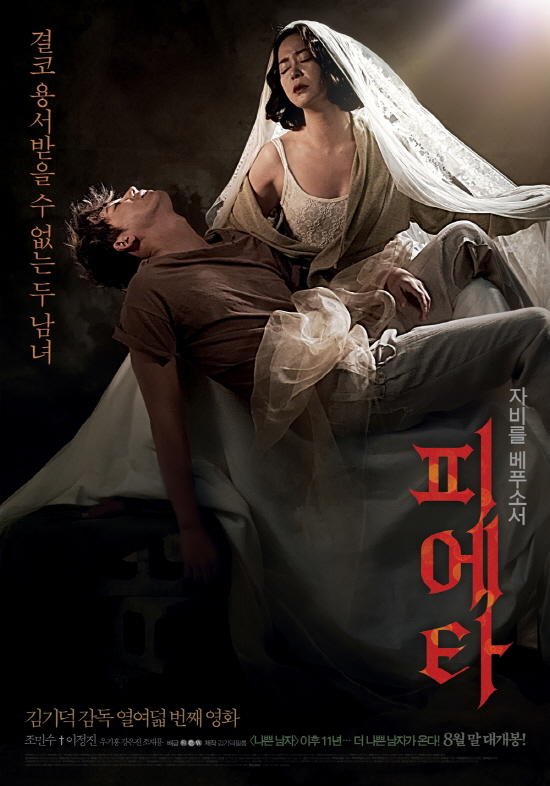 A vicious man (Lee Jung-Jin) works for a loan shark as an enforcer. When customers are unable to pay for their outrageous interest payments the man forces these borrowers to gimp their own bodies to collect insurance money. A woman (Jo Min-Soo) then appears in front of the man and gets down on her knees. She tells the man that she is her mother and begs for forgiveness. The vicious man was given up for adoption as soon as he was born. The man quickly dismisses the woman as crazy, but her persistance soon cracks through the man's hardened outer shell. Can the mother and son find happiness at last? 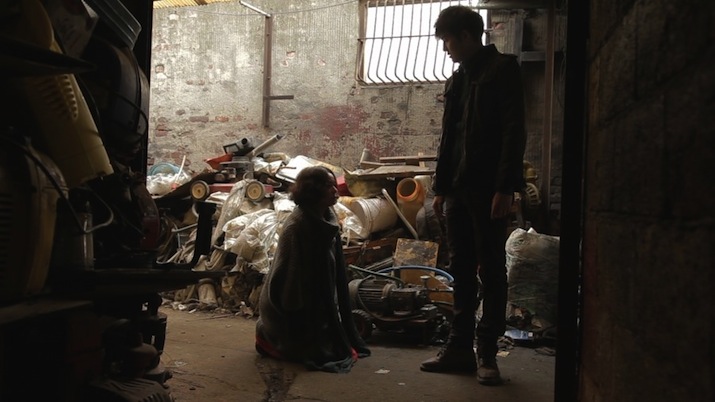 Q&A for "Pieta" took place over two different sessions with director Kim Ki-Duk at the 2012 Busan International Film Festival. The first session occurred on October 11, 2012 and the second session took place on October 12, 2012. AsianWiki editor Ki Mun was there and transcribed/translated the session.

slt Mar 12 2015 7:25 am This movie is a MASTERPIECE! I can’t find words to describe her. The last song (Pieta or Kyrie Eleison, as I heard twice in greek), performed by Anna Lois Paddock, nailing a nail in your soul, as the guitar track in the end (Sorrow, composed by Inyoung Park and performed by Scott Anderson). Just watch it.

Lolita Caruncho Jan 09 2013 7:00 pm I have seen Pieta. and I love it because it has strong portrayal of the realities of life; that a person can become violent and bitter and sweet and loving next. The events in the life of a person creates who he is in the present. But then, there is remorse and forgiveness. All of these are portrayed by the actors in this film. Congratulations to Lee Jun Jin and Jo Min Su.! Deserving to be best actor and actress!