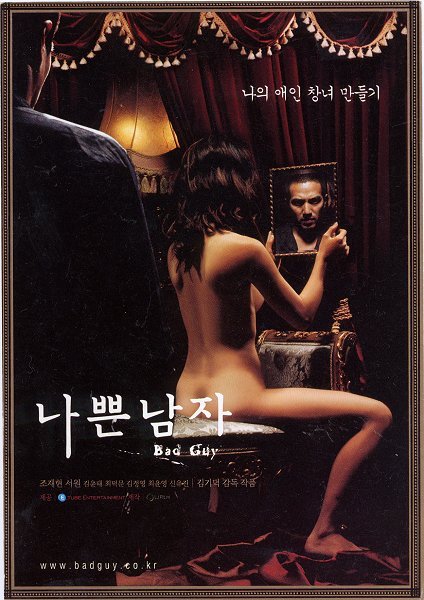 While strutting through Downtown Seoul, Han-gi, a local gangland pimp, spots young Sun- hwa, a pretty, middle-class college student, waiting on a park bench. He sits next to her, creating a disparate scene of two classes in soft harmony, until she sneers at his advances and rushes into the arms of her preppy boyfriend. Offended, he grabs her and forcefully kisses her. Sun-hwa demands an apology, and when Han-Gi refuses, he is beaten by a group of soldiers who had witnessed the assault. As a final insult, Sun-hwa spits in his face while he is restrained, humiliating him.

Soon after, Sun-hwa makes the mistake of taking a seemingly forgotten wallet filled with cash. She is apprehended by the owner, and forced to a pay a huge sum or be turned into the police. With no money, she signs a contract that results in her being sold into prostitution to repay the debt.

Whisked away to the neon colors of a Seoul brothel, her introduction to street life is harsh and cold, her teacher an iron-hearted woman with only disdain for the untrained Sun-hwa. As she is brought into her drab room for her first encounter, we learn who is really behind her imprisonment. Watching from behind a double mirror in her room, sits Han-gi, the ‘Bad Guy.’

As Sun-hwa descends further and further into street life, she takes on the full fledged traits of a john-luring prostitute. Han-gi’s curtain parts to reveal Sun-hwa’s harsh education through the mirror, and his tears, creeping through the hardness of his thuggish face, expose his growing feelings for her. Han-gi’s language is reduced to facial gestures, his throat marked with the long lash of a scar straight across from ear to ear.

After a failed escape attempt, Sun-hwa is taken to the seashore by Han-gi. Here she is confronted with a series of mysterious torn photographs that seem to suggest a hidden past or even a possible predetermined future between Han-gi and herself.

Kenji Aug 25 2014 2:55 am I really liked this film a lot, it is one of the most unusual stories I have seen. I also find it believable that men would fight over a woman like Seo Won, she is stunning.

Francisco DeCastro Oct 12 2013 8:22 pm I started watching this movie, and I could tell right away it was a movie by Kim Ki Duk. I had no idea that it was by him before watching it, but since I have seen many Kim Ki Duk's films, I knew right away that this movie gave out the same vibe as his other movies. Of course there is always someone who doesn't talk or talks very little in his movies. After getting the vibe, I came here to asianwiki, and I was right. I had the right hunch. Very interesting movie. However, this is not something that anyone can like. when it comes to Kim Ki Duk's films, you either love it, or hate it. It only attracts a specific type of audience.

marila3 Jun 21 2012 2:46 am After I watched this movie I just felt it was completely pointless and waste of time. I watched it until the end and wished the end would have revealed something interesting but it didn't. I found a review which I wish I had read before watching it and which pretty much sums up my thoughts too http://www.beyondhollywood.com/bad-guy-2001-movie-review/. I just did not get the message in this movie if there was one and just felt that the whole situation for the girl was so unfair. It was never her fault to begin with. But maybe the movie's point was only to shock and disgust.

Skoubri Sep 15 2010 7:26 am @Shyra46 Yes, it's definitely worth it. It's a Kim Ki-Duk movie after all. It's a very raw movie though, with hard scenes and even harder plot. So, if you do not have a problem with those, go for it and I guarantee you won't regret it.