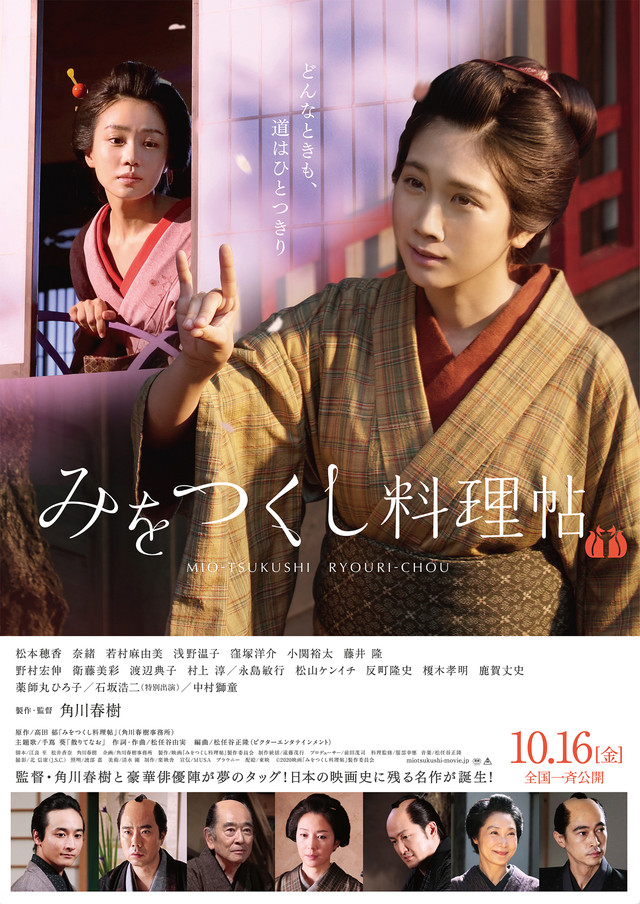 When Mio (Honoka Matsumoto) was young, she lost her parents in a great flood and also became separated from her best friend Noe (Nao). Afterwards, Mio found her talent in cooking and eventually became a cook. Meanwhile, Noe has become an oiran (high-ranking courtesan).