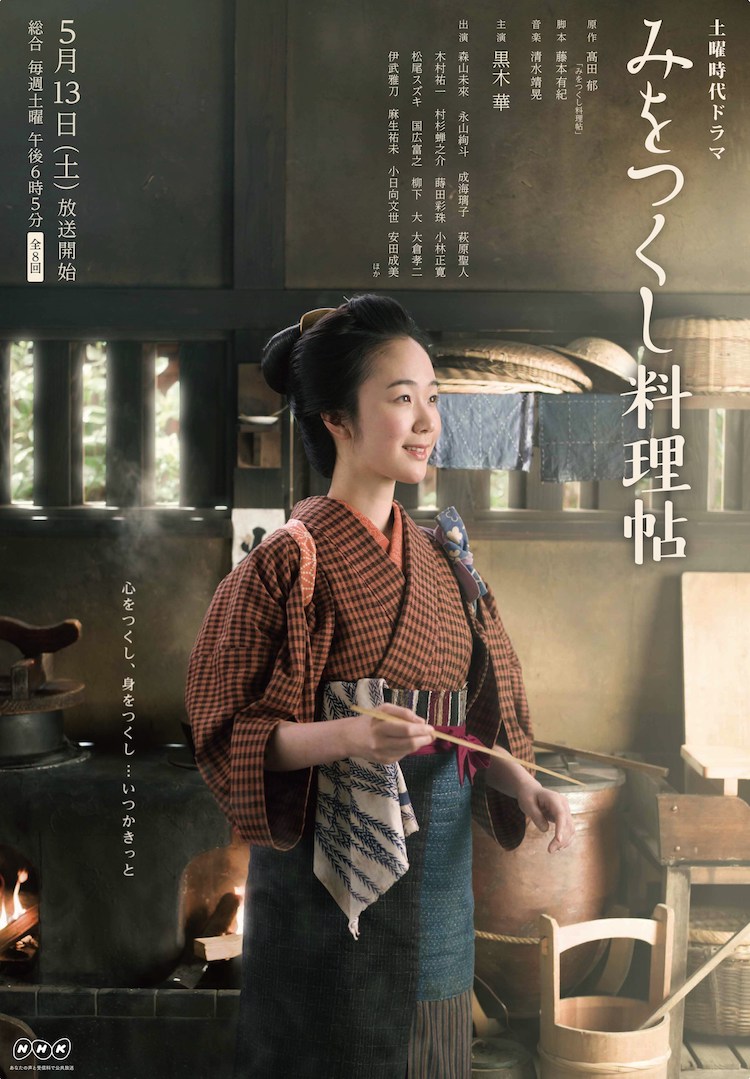 Taneichi (Fumiyo Kohinata) runs a noodle restaurant in Edo. He injures his waist and lets Mio (Haru Kuroki) cook in the kitchen of his restaurant. The first day, Mio makes shigureni. Mio and Taneichi promote the dish to the customers, but they largely ignore the dish. At that time, Doctor Gensai (Kento Nagayama) says something that gives an idea to Mio.

Rafi J Nov 05 2022 6:30 pm I got hook from first episode. I love how they creatively invent a new way to make others try the dish. There's a mystery... unexpected friendship backstory... I love the recipe-sharing (5 min cooking show) at the end every episode.