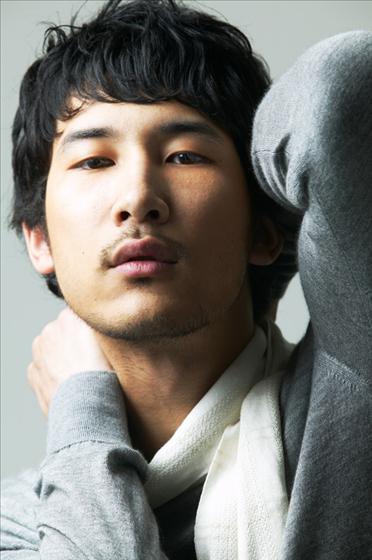 Lee started in Sshireum (traditional Korean wrestler) in college, but then became interested in modelling. In 2001, after losing weight from his wrestling days, he started his modeling career as a runway model for ESCADA.

Lee Eon then performed first in the 2006 film Like a Virgin as a sshireu wrestler. Eon Lee reportedly gained 15 kg (33 lbs.) for this role. He next performed in the 2007 drama Coffee Prince and achieved greater popularity.

Lee died on August 21, 2008 at the age of 27 from a motorcycle accident. He was on his way home from a wrap-up party for the KBS show Strongest Chil Woo. While riding his motorcycle on a overpass, he hit a guardrail and died almost immmediately. Lee Eon was an only child.

Imee Sevilla Jul 27 2021 11:58 am Just finished watching Coffee Prince. So happy and inlove with the show but saddened reading this. His one of my fave character in Coffee Prince. RIP Min Yeup ?

Julie Unsay Jun 13 2020 10:53 am Jun 13 2020 10:46 am Its only now June 13, 2020 when I discovered/ learned that he died already. I watched Coffee Prince only last week (for watching a tv series aired almost 10 years ago) and now Im watching Divine Fury where one of the actors somewhat similar to his face thats why I went to see the cast again of Coffee Prince and searched for his name and found this article ????So sad.

Kirti Feb 12 2019 3:50 am I just watched Coffee Prince and looked up the names of the cast and found that Lee Eon was no more. I do not know him but I am deeply saddened and mourn his death. RIP Lee Eon. May his family find peace and solace knowing that he lives on as a beautiful memory in people's hearts.

Abena Jul 24 2017 3:19 am I loved his role in Coffee prince, i didn't know he was gone until now...may his beautiful soul rest in perfect peace.

Anniebell Apr 20 2017 8:31 pm It is so sad to hear that someone so young is gone. He seemed sweet in Coffee Prince. May he rest in peace.

gloria Jul 01 2015 11:36 pm It' only now that I've learned about his death, after watching Chilwu, the Mighty. He's good in acting and with his skill, he's going to have more projects if he did'nt meet his death. RIP.

Niris Feb 10 2015 10:17 pm Wowww! I just finished watching Coffee Prince and I usually like to look up actors afterwards to learn more about them and their careers. Then I saw Date of Death and immediately became saddened. To think he was only 13 days older than me. Its a shame and sad. He would of had a great career ahead of him. I really liked his character in this drama series. So sad indeed, RIP.  :-(

Ruth Brackett Aug 29 2014 7:44 pm I was sad to hear of his passing. He was so good in Coffee Prince. It is sad when anyone passes, but then to hear that he was an only child. As a Mother myself, that was even worse. RIP.

thenotsohappycommenter Jun 21 2014 10:04 am i just finished watching coffee prince and then just found out this beautiful gorgeous person died i feel so sad right now, i started crying

Kamiru Madiz Feb 04 2012 11:45 pm I was really shocked when I found out that he passed away. Condolence. It's been two years already. God Bless! Rest in peace.

Chaz Oct 24 2008 11:40 am when i read that Lee had die right after the drama was over on a motocycle accident i was really dazzle because he was a pretty good actor and he spoke mandarin and korean , what a total lost..my condolence to the family.

sheila Aug 25 2008 5:12 am I was really surprise while I was searching about chilwu, the mighty when read the news that lee died.. it was a shock... condolence