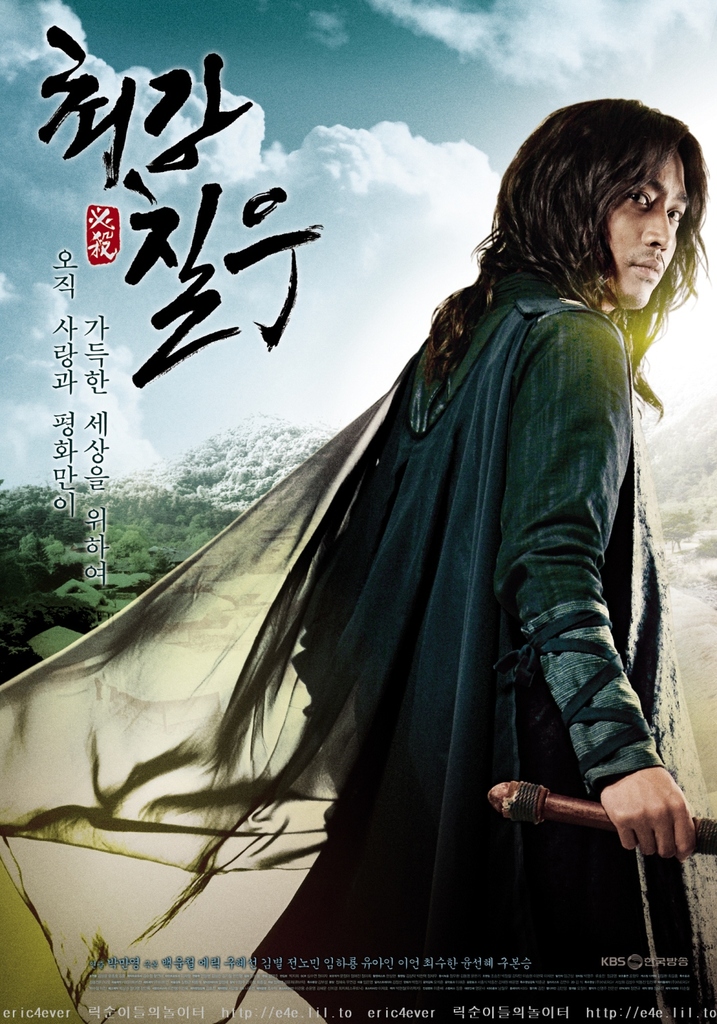 Living a double life, Chilwu (Moon Jung-Hyuk) is nothing but a negligent officer in the daytime, but at night he turns into a charismatic leader of five assassins standing up against injustice and brutality committed by the wicked in the 17th century Joseon Dynasty. Enraged at his innocent sister's death, our hero makes a 180-degree transformation, changing into an assassin to fight against the corrupt world. Watching swashbuckling action scenes including Eric’s rousing swordplay and flamboyant martial arts, viewers find themselves gradually unmask a conspiracy and mystery surrounding Chilwu’s assassin group.

Steffanie Dec 22 2020 1:41 am I was wondering what happened to Lee Eon and why he stopped working around the time of Coffee Prince. It's sad to find out that this was his last project. He died on his way home after a wrap up party for this drama. Will add this to my watch list. Ater reading some comments, it seems that this is a fun drama. Looking forward...

Simglo Oct 11 2018 6:46 pm I finally got around to watching this, primarily for Yoo Ah In. It didn't disappoint at all. I like how this drama was made for fun and didn't take itself too seriously and yet it had an engaging story as well. Yes, everyone in it is at the beginning of their careers and the director is somewhat sporadic, maybe even spastic at times, and yet it delivers great entertainment. I believe it was done on purpose.

I see it as a spoof of old western movies, but with a definite Korean setting. It is truly a joy to watch. It even has the magical horse that some of the old westerns had. Also, did anyone take a good look at Yeon-Doo's slingshot? Hilarious!

Just when they lull you into thinking it is going to be predictable, it isn't. The writers manage to not go the usual route at crucial times.

I only wish the complete OST was available. There is one song that I thought was sung by Eric (I guess not), for me it is the best song of the drama and I can't find it anywhere. It plays once or twice in the middle of the drama and then never again.

Tia Aug 25 2015 10:12 pm I thought it was funny at times. It kind a reminds me of the movie ZORO! Only here the Z represents the work of the assassin. Where on Zorro it represents the work of a hero. I love the fact that because of his love for the woman, he kept watch over her and kept her safe and was able they were able to finally united towards the end that just when he was losing himself, she was able to be there for him.

Quan Nov 24 2013 4:00 pm ?who cares about the criteria of a "good" drama? For me this one's so lovable with or without Eric and I'm counting it as among my favorites :-) The cast is super, many of my favorite actors/actresses are here. Even though for several their parts are small, still I will treasure this drama because of them. Personally I feel like for the 20 episodes I'm seeing the personality of Eric in drama form: serious depth and bursts of silliness :-)

Croce Jun 26 2013 6:21 pm My goodness, I don't know if I've ever seen a prettier face than the one that adorns Goo Hye Sun! No pretense of art, language, or intellect could possibly deny what one's eyes and beating heart tells him, in spades! This woman is the stuff that dreams are made of and wars are fought to the death over...

from kuala lumpur to seoul Sep 12 2012 6:17 pm One of the best period drama. i love all the characters and the storyline is much better than The Slave Hunter. No other world tv station is better than KBSWORLD. Great work, Chilwu The Mighty drama team.

Evelyn Aug 22 2012 9:45 am I laughed so hard when they played the music beat similar to 'ice ice baby' whenever the trio were on their killing routine.

depestere Aug 20 2012 11:52 pm oh and obviously in this shows version of the joseon era they didnt perform autopsies or have eyes cuz obviously a person cut down by a sword didnt get cut by a sword but drowned in a river after getting drunk lol

depestere Aug 20 2012 11:46 pm this is a bad show so bad its funny they are all infants in their acting careers and the script is terrible....1st scene guys sees girl he likes during the day...abruptly next scene talking to her under the moonlight and next to river about random awkward crap...next scene riding a horse on the beach with the sun setting,,,,,script writer, why u no make show that follows normal daily chronological order

FableCat Aug 15 2012 9:47 am I thought it was obvious from the song that it was using has almost the same rhythm as the theme song for Zorro XD.. Not to mention the mask and the sign on the dead body.

It got a few fresh funny scenes but feel that the storyline a little ugh.. rerun on each episode.. I mean really.. dead girl twice to make the heroes realized their mistakes for turning a blind eye? Oh well.. it's too early to judge so going to see it through.. at least for a few more episodes. -mumbled something about wishing the victim in third episode was saved and happily married.-

By the way.. can someone enlightened me on why Soo yoon is called adulteress O_O? i know she was married once.

amoalf Feb 12 2012 3:15 pm I really enjoyed this series. It did not take itself too seriously but had plenty of good drama.

budomari Dec 08 2010 5:12 pm I am trying to watch this drama, but to tell the truth for me it is struggling. It's like a Korean Zorro, a little bit ridiculous... The only reason for keep on trying is to see Jun Noh Min acting.

Joe Oct 06 2008 9:25 pm Where can I get a set of these DVDs with English subtitles? This drama is great. Far superior to any American. The Koreans throw out the standard old boring story arc and wing it off into new territory. I am reminded of Cordwainer Smith's science fiction stories because they were told in a Chinese story format which made them so facinating. Help me out here. I can get the DVDs in Korean but I want to give sets to my family so I need the English subtitles.

Iamson Sep 18 2008 12:19 pm it is a refreshing story. i have not missed a single episode. what makes Korean tv series so inviting is the originality of the stories except those based on history. Korea has the best writers on the planet or at least Korea tries to promote its writers from the general population. since 2005, i have stopped watching American films and had shifted to East Asian films particularly Japanese, Chinese, Filipino and mostly Korean. i think it is the culture that is the main reason, the way how people approach a situation and how each individual takes responsibility. the temperament and character of a people shines through even if they are only acting and/or making a film.

Great_Aku_Ha Aug 26 2008 12:58 am This K-Drama is the best since Dae Jo Yeong. I looked forward to watching this every week. The cast is perfect, and it's funny as well as freakin' awesome.