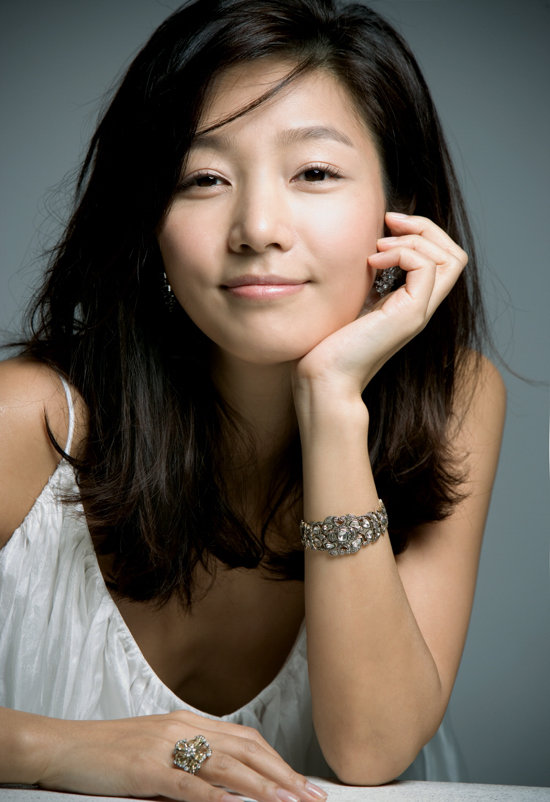 Born in Seoul, 1971. She studied fashion design at Sangmyung Women's University. She represented Chungnam Province for the 1992 Miss Korea Festival. She first starred in TV dramas, and debuted on film in 'Ghost in Love'. Since then she has gained reputation as a actor who really doesn't think of her made up images but the sincerity in the role. She does not pick out the roles that only shine on the outside, but the roles which has a real glimmer inside.

mola Oct 23 2020 11:58 pm I just watched Singles and very interested with the lead character because i havent seen her anywhere in drama or movie. Turns out she already passed away in 2009 :( so sad she was very pretty and funny.

Akinyemi Gbenga Apr 09 2016 2:46 pm Am not happy to know u are gone.I finished Lobbyist yesterday not knowing the gem is no longer alive. Maybe u left for gunistan.

Phemmy Feb 18 2015 5:19 am Jan Jin-young know now that you are dead makes me so sad. i thought i will be expecting more movies but not knowing that it has ended. a.k.a maria rest in peace

Mary Olamide Sep 25 2014 4:02 am I was very shocked yesterday when I learnt that Jang Jin-Young is dead. It's so painful and touching to realise that such a beautiful, talented and promising actress no longer exists in this world. Jang Jin-young, even though we've never met nor am I a Korean, I want 2 believe you are in a better place and also that only God knows best. I completed the 'Lobbyist' series yesterday (or better still in the early hours of today), and the drama was just so intriguing that I felt I should browse on it in order 2 learn more about the drama. That was how I got 2 know about Jang Jin-Young(Maria Yoo Lobbyist)'s demise. I felt so bad that I had 2 browse on 'stomach cancer' because I don't really know much about it compared 2 breast cancer which is more common. Jang Jin-young, I love you, but I believe God Loves you more. Continue to rest in perfect peace.

randall Feb 12 2013 11:20 pm I will forever miss her beautiful presence in life and spirit in all her tv and movie appearances. Such a charming and beautiful actress that will be forever missed in the hearts of true performing arts viewers. May she be happy and pain free in the world she is in now and forever more.

Angel Mar 25 2012 7:04 pm she is my best actress even after her death and she was most beautifu girl in this world I pray for her and i hope she rest in peace in paradise