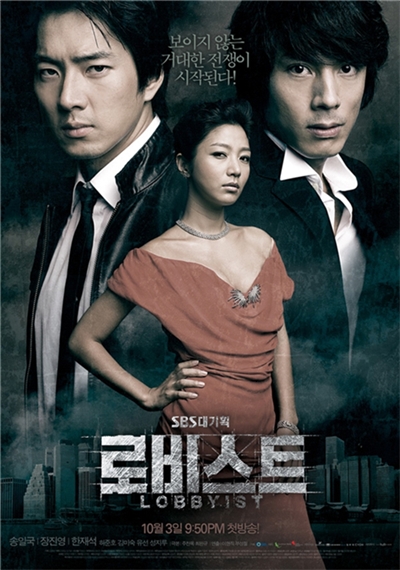 In the mid 1980s, Maria (Jang Jin-Young) grows up in a quiet fishing village with Harry (Song Il-Kook). Harry’s father died when a North Korean spy snuck into the country and shot him dead because he was an Army commander. Harry and his sister move to America after the incident. Maria’s family also migrate to America soon after and Maria’s father takes a job as a bus driver. While living happily in America, a mugger kills Maria’s father one day. Meanwhile, Harry meets Maria by coincidence. When his uncle sexually molests his sister Suzie, he decides to run away from home with his sister.

10 years later... Maria is 20 years old and works as a bus driver. Her sister Eva (Yoo-Sun) graduated from a prestigious American college and works at the naval intelligence agency in Washington D.C. One day, she meets Eva’s boyfriend Tae-Hyuk (Han Jae-Suk) and begins to develop feelings for him. While working at odd jobs throughout his life, Harry challenges the Mafia to save his sister Suzy. The Korean wife (Kim Mi-Sook) of the Mafia boss is impressed with Harry and she offers to let him join the gang. Meanwhile, Maria learns that the FBI is investigating Eva because she is under suspicions of trying to steal sensitive military secrets. When her sister dies under mysterious circumstances, Maria’s whole life changes all of a sudden...

ps. Feeling so sorry for the beautiful actress Jang Jin-Young! Still in shock after checking her profile and finding out she died in 2009. RIP dear soul!

Pasquale Barbadoe Dec 21 2013 10:01 am As an American who grew up watching American TV, I was fascinated by this show while in the DC Metro area. I have to say I am hooked! I love the characters and plots, even Harry's con man friend brings humor to the show. My only wish would be for 1 hour episodes verses 1/2 hour shows.

CC Jul 27 2013 2:34 am this is a rather strange film. The plot just doesn't seem to connect. There's this all of a sudden atmosphere as if the characters teleported from one place to another. However, I have to say I really enjoy it whenever brown bear and the other guy appeared. They're so hilarious probably one of the best comedy pair I've seen so far.

Oyeniyi Omotolani Dec 21 2012 6:12 am The movie is very much interesting. Those scenes that irritated me was when Harry being humilliated by Maria.