If Cats Disappeared From the World 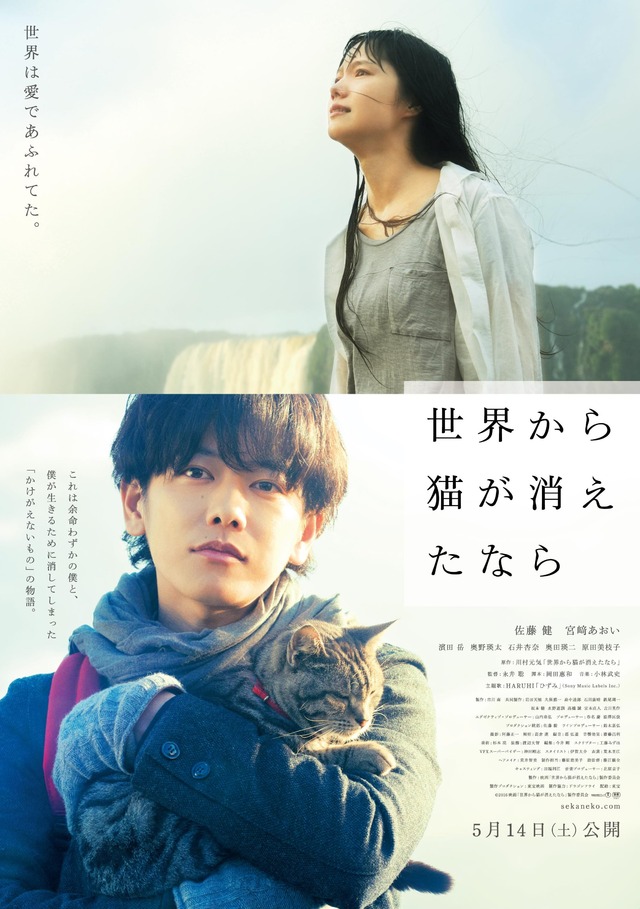 A postman learns that he doesn't have much time left to live due to a terminal illness. A devil then appears in front of him and offers to extend his life if he picks something in the world that will disappear. The man thinks about his relationships with ex-friends, ex-lovers, relatives and colleagues who will be sincerely sad when he dies. 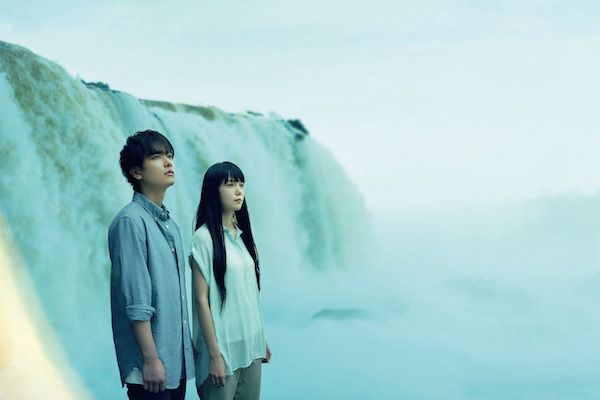 In the Cast, there's an error: Hama Gaku's character in the movie is 'Tatsuya', not 'Tsutaya'.

Rommel Apr 16 2017 3:35 am i finished watching this today, it touched me in a deep emotional level that i did not move for a few minutes while contemplating about the message of the film while the credits rolled in.

joseph chance Feb 21 2017 6:10 pm I was very touched by this film and I want to purchase it. I find it very strange that it has English subtitles but is not available on a region 1 dvd. Does anyone know if a region 1 version is forthcoming?

dokidokitake23 Dec 02 2016 5:50 am I cried watching this. Sad but beautiful film. Thought-provoking, heart-warming, with beautiful cinematography, music and strong acting. Definitely my most favorite film of this year.

Andrea Nov 11 2016 11:27 am In London Heathrow back from China, just seen the movie on a BA flight from Chengdu. Unbelievable. So deep and touching. I never (NEVER) posted a comment anywhere in my life, I'm probably going to be one of those whose life has been changed by this movie. I assume I will see it every time I get lost in stupid things and I really important things go out of sight. Can anybody help us about the version with English subtitles???

joseph chance Nov 01 2016 3:30 pm I saw this on a recent flight with English subtitles and loved it. I want to purchase a copy but I can't find it anywhere. Can anyone direct me to a site that has the English subtitled version for sale.

Derrick de K Oct 12 2016 7:25 pm I have been touched so deeply by this film that it is still changing a lot of things for me. It the most discrete dynamite of emotion that I could ever imagine. Naively I also feel that it is one huge gift the Japanese culture can give to western people.

John Aitken Oct 10 2016 1:30 am I am a 66 yr old New Zealander. I saw this movie (english subtitles) on a plane to Moscow and it blew me away. I have been thinking about it ever since. It is a meditation on death and spiritual interconnectedness that transcends life. A film of great beauty. Thank you from my heart to the director and the actors. And to the cat

Hana Sep 03 2016 1:12 pm Does anyone knows if the novel was translated into English? I would like to read it, but as my knowledge of Japanese language is limited to the character for my name only .... :-)

Suri Jul 27 2016 5:00 am He is the very first Japan actor that i remember his name since i watched rurouni kenshin, and make me start to craze about Japan movies and drama until now.

trena Jul 20 2016 10:39 pm been waiting and waiting for this for soooo bloody long. please come out in my country soon, wish i was in japan could've watched this in the theatres goddamit.

Athena May 15 2016 7:06 pm I would love to see this film. However, I do not have the city listing in which the movie will be played. I love the actor who is playing the postman. He very talented. I saw do an interview with Tim Burton Takeru Sato is a wonderful actor. He has a fan base in the USA. I hope to see this movie one day.

Jay Quintana Mar 14 2016 2:31 am Imagine if dogs could buy movie tickets. This movie would out-gross The Force Awakens.

Ashuri Jan 25 2016 10:10 pm I cannot explain how excited I am to see Aoi Miyazaki and Takeru Satoh together in the movie! It's gonna be sooooo great!

Sinchan Jan 23 2016 7:48 pm Even though,it's a sad movie,I'll watch it because of Sato Takeru. I'm looking forward for it because this movie has Takeru and the cat as the main cast! I love both of them so much!!!! Btw,Takeru is a good actor. I'm sure he'll play this character excellently

Aoi Jul 10 2015 2:22 am Though I've only seen Takeru Satoh in Rurouni Kenshin, I think he's a really good actor. I've seen a lot of Aoi Miyazaki's works and she is one of my favorite actresses so I'm looking forward to these two cast together. !!!!

salev_ Jan 29 2015 1:36 am takeru sato might played well but not really sure with the plot is it really can suck up us as the audience to get into the story, though the tittle in literal can bites us to take a look and try to watch it…