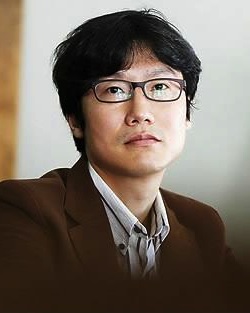 PCJ800819 Jun 14 2019 12:44 am Silenced is the best work where it can bring good in real life even though the punishment imposed on the perpetrator is too venial. But most importantly that school was finally closed. Thanks to made this movie...

kate Apr 03 2015 5:18 am Hwang dong-hyuk, my 13 year old daughter and I watched your movie, MISS GRANNY. We laughed, we cried....we loved the whole movie. The story was refreshing, cute, and it was wonderful. To see life from the eyes our grandparents. Thank you for a fun night for my daughter and I.

Gunilla Wagstrom Lundqvist Jun 04 2014 4:15 pm Hi Hwang, I am a coordinator of the Deaf Film Festival in Stockholm with ms Ylva Bjorklund. We have tried so hard to contact the producer and also distributors of the film Silenced, but failed. Therefore I hope you can help us to catch someone for us to contact. We want very much to screen the film Silenced at 15th Deaf Film Festival November 26 - 29, 2014 in Stockholm, Sweden. It should be a big help and we are ready to pay for screening fee. We will translate and subtitle the film into Swedish language. I can tell you that the similar event has happened in Sweden, so it is important for us to have to film here. We really hope you will answer us or have some one to take over. Thank you in case and best regards, Mrs Gunilla W Lundqvist

louise anne Jun 22 2013 5:10 pm it's encouraging to see very recent viewers other than myself (today) view and absorb this intense re-enactment of shocking true events exposing such inhumane acts of blatant and despicable abuse of power toward the innocent and most vulnerable that can be utterly and easily dismissed without a bit of shame.

it was so heart wrenching and gut writhing whilst crying most of the time during the graphic depictions of such obscene violations that I found it humiliating that we can call ourselves a civil human race in charge and order of the nature of this planet, our home, the earth.

my heart bled for those children, and all children who are raped of their innocence. how stupid of me to think it could never happen to deaf, mute, blind, disabled, maimed... ANYONE unable to protect themselves from such inexcusable violence.

from the read of credits, GONG YOO was active in the pursuit of such exposure; and, I am interested in finding out if he has followed up on the children, the school, the current situation of things, and if will explore reaching out for whatever it takes to put an END to such an atrocity that was simply dusted under the carpet because powerful monsters exist.

human civil rights are imbalanced worldwide, and may not even exist in some regions based on socioeconomic standards... it's unconscionable for this movie to have been necessary.

this movie should mark everyone who watches it. I was moved by tears with these beautiful young souls cut from themselves because of their impoverishings because they had no one other themselves as institutionalized persons.

has this case been pushed further upward by anyone? by the end of the credits, I got the impression that it was left unresolved, or still open, but not closed.

can this be persued further? can justice be got? can respects be honored and pronounced to those violated both dead and alive and renounced to the world that this will never be tolerated under any circumstances in this brave new world?

I raise my soju and pronounce my allegiance to any and all who will do what it takes to protect the innocent and innocense, vision/hearing/speech/physically impaired, of any age, and to demand the fullest persecution of the human monster, the ablest, most powerful, richest... who dare force themselves onto a weak lamb for such wicked purpose.

i'm not educated enough in the (split) Korean governments to go about this, other than taking it the UN. and how can that happen? anyone exploring it?

it just seems to me this is an insignificantly magnificent mustard seed.

june davis Mar 17 2013 6:02 pm I had not heard of this movie until I saw it today. I am so very impressed with the story and the way it is presented in the movie. I was spellbound. As an adult who was sexually abused as a child I can only say what a wonderful job everyone did in telling a powerful story which needs to be told an retold to get the story into peoples minds when they might choose to not want to know the truth as it is. Thank you so much! Take good care, June Davis