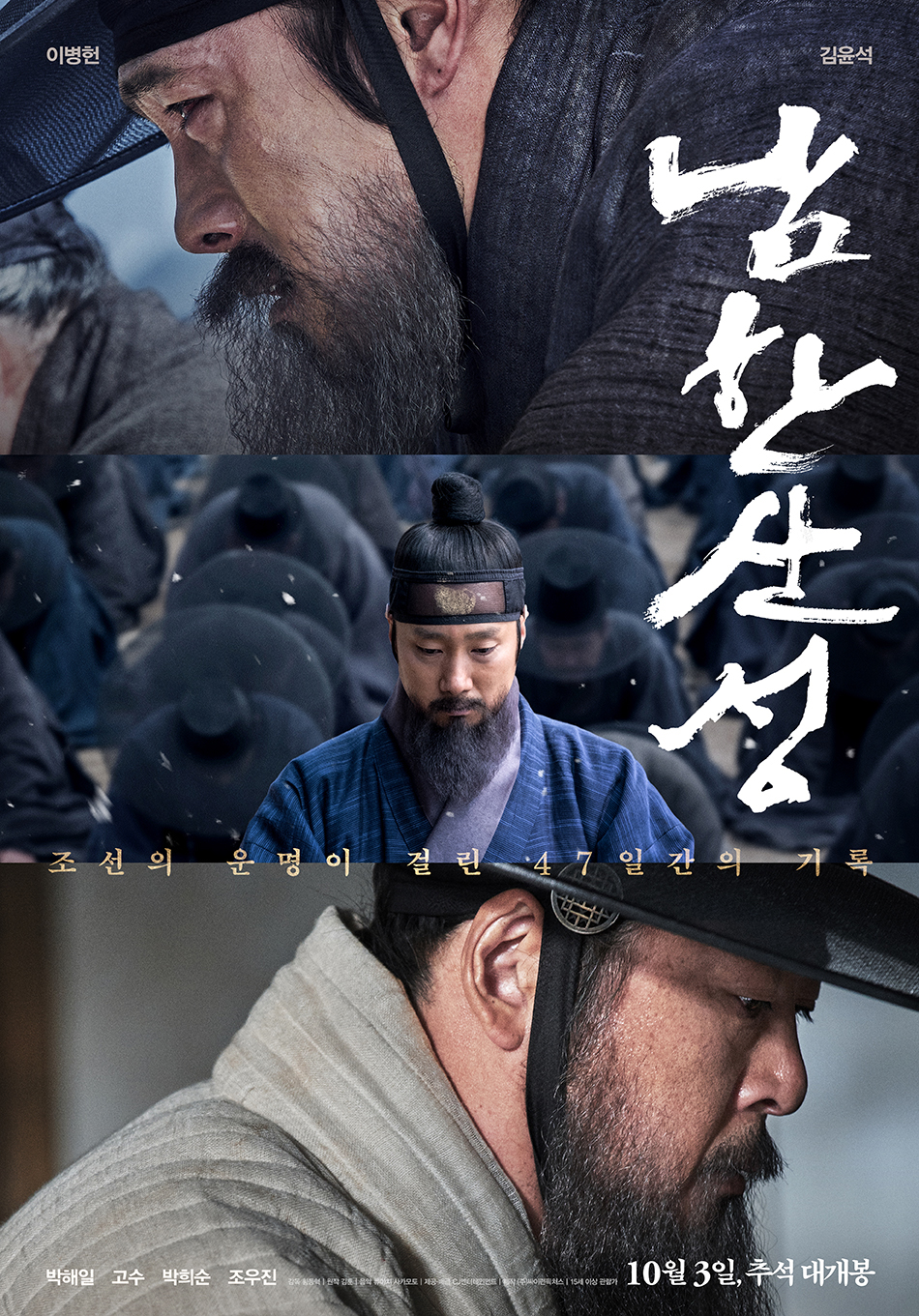 In 1636, the Qing dynasty attacks Joseon. King Injo (Park Hae-Il) and his retainers, including Choi Myung-Kil (Lee Byung-Hun) & Kim Sang-Hun (Kim Yun-Seok), hide in the mountain fortress city of Namhansanseong. They are isolated from the outside. Meanwhile, Choi Myung-Kil insists that they enter into negotiations with the Qing dynasty, but Kim Sang-Hun proposes that they keep fighting.

Mohammed Albasher Dec 15 2020 2:18 pm I really loved it.This movie ticked all the boxes for me. Solid performances and poetical dialogues, great cinematography and VFX, beautiful BGM and Soundtrack. And most importantly (for me), emotional and psychological attachments were shown very clearly. And the ending was compelling and realistic.

tim Nov 06 2018 10:44 pm guys don't compare this film to historical event since the film based on a novel by Kim Hoon so it's assumed to be fictional, if the producer wants to do a truth story then he would use history text rather than a novel, thus I wouldn't judge the accuracy of it, also I would say 99% of the time that historical movies are never funny since these movies depicting war and conflict, so this is definitely not a holiday movie, it's not a boring film just not fit for a holiday screening, the acting is super, amazing cast and solid acting.

Kiddo Jul 31 2018 11:01 am I watched the movie and I’m so disappointed. It is well known in the history that Gengis Khan from Mongolia used this battle strategy to defeat Chinese. Chinese were scared from Mongolians so they built the Great White wall. After releasind they couldn’t enter they blocked all the entrance from the outside to make them starve to death. Also l, their opponents stay in yurts which is sooooo Mongolian. I can’t believe how they just twisted the history. Now I’m wondering whether all the other history movies were true at all or just another twisted truth.

Icepax May 21 2018 11:55 am Veteran cast (Lee, Kim, Go), good historically-matched locations and costumes, well-choreographed battle sequences, haunting soundtrack (Sakamoto) - everything is good, and somewhat bearable, except for the screenplay's adaptation. Too many prolonged scenes of esoteric narratives (roughly two-thirds of the movie) that may be of more interest to Korean audiences than international audiences. Action sequences are disjointed and tied gingerly to the storyline - that jumps from one place to another in an attempt to patch everything together into a cohesive story - is rather daunting to watch. The English subtitles also fell short in many places (too much literal translations from Korean to English from translators who have poor grasp of the English language and its subtle nuances), so it's hard to visualise, much less understand, the overall story's narrative.

Hwang's attempt to achieve masterpiece status with The Fortress fell short of all expectation.

I give 5 out of 10 for this somewhat average direction for an expensively-invested film production.

PatrickStar Nov 02 2017 7:40 am Its not me who said that, that is from korean forum site. They said the film has a very different story with the real ones, so it make some confusing. Especially for young viewer.

Mimistar Oct 24 2017 1:11 pm Based on the novel "Namhansanseong" by Kim Hoon, PatrickStar, what accuracy do you want ? Is a fiction based on a real event. If you want accuracy, read South Korea's history, don't go for that at a cinema.

PatrickStar Oct 12 2017 9:44 am I haven't watched this film yet, but this film such a big failure on korean box office, beaten by The Outlaws in only one week screening, and still 3.4 million admissions after 10 days screening (i expected 5 or 6 millions). My prediction: 1. This film will only mark about 4 millions admissions. 2. Koreans say this film too boring for holiday (chuseok) screening, and The Outlaws was is very interesting movie. 3. There is some doubt about the historical accuration of this film.

PatrickStar Sep 28 2017 5:37 am One of best cast ever, good director, the trailer looks very interesting. If this movie distributed to my country, no doubt i'll watch it. I hope this film will be the next hit of this year