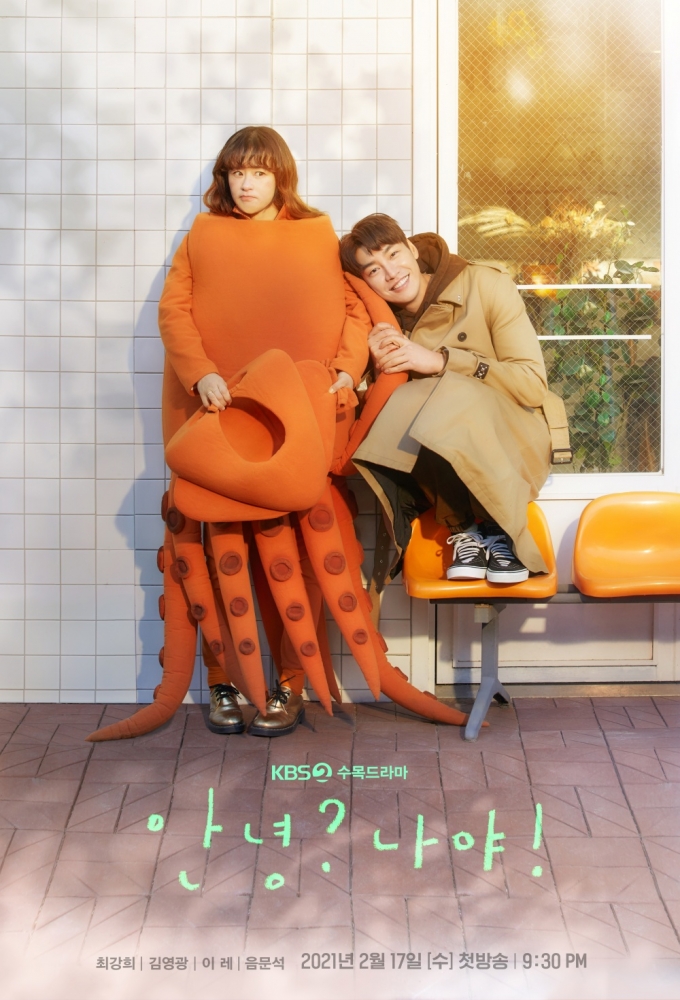 sensible viewer Mar 04 2021 6:25 pm why male lead /young kwang took this role is beyond me. Hes apopular actor who gets lead roles,here 6 epis have gone and he only appears for 5 minutes in every ep like hes a cameo just like kang hana role in start up. Rest of every episode goes in over and over and over again repeating fl's sob stories and tears sheding. Like we get her pain bt give ml screentime.

D Mar Mar 04 2021 5:24 pm This is a romcom with a heart. The characters are funny and great. So far I like this kdrama. I tend to finish it till the end and I am sure it will be a instant hit soon.

rose Feb 26 2021 6:05 pm will give this series a chance but idea is not completely original. i may tend to compare to older works such as suddenly seventeen (chinese movie), 17 again, and 13 going on 30.

jess Feb 25 2021 10:03 pm each eps makes me laugh really hard but makes me cry in the same time especially on eps 4.. i dont wanna grow up after watching eps 4? overall, this drama is really good already! cant wait for wed!❣

sf Feb 25 2021 12:58 pm Probably there will not be any romantic scene between the main male and female character otherwise would have been chosen for the female lead Jang Na Ra, knowing her past as a singer. Lately, she doesn't miss any drama that implies romantic affairs. And I'm glad she is not her playing the main female character. It is a very entertaining drama, and the actors were very well chosen for their character. I'm surprised by the low ratings.

Daebakk '21 Feb 24 2021 10:58 pm This korean drama is so light and very refreshing. I love the lead actress, always doing great job in every role she is in!! This drama is giving positive vibes and has touch me in the heart with the story. I'm looking forward to this korean drama!!

Best of 2021 Feb 24 2021 10:50 pm I just love this fresh new drama, the concept, the story, it's so light. And I love Choi Gang-Hee as an actress she never disappoints. If you want a drama that is not that draggy but will give you a bit of lesson as a slice of life theme kind of korean drama. This is for you, it's very refreshing even though many will not like it. But for me, this give me positive vibes while watching. Thank you for making this drama!! Fighting!! <3<3<3

Ann Feb 24 2021 10:29 pm Actually i really pissed of with the characters around FL in episode 1 and 2, they're so annoying. But i'm glad that things get better for her in ep 3. I love the acting of the actors and the way they portray their characters. The fight scenes remind me of drama "Strong Woman Do Bong Soon" and i think that's acceptable. Overall i love this drama and i'll put this on my watching list ^^

iwann Feb 20 2021 7:03 pm @yeonhee ahh thank you i find the song, it is remake version . a new one for this drama, i wait for official release. the song is too catchy and good

iwanwan Feb 19 2021 8:57 pm arghh this drama is fun and enjoyable to watch love this drama, two episodes aired are so enjoyable and fun i'm searching the ost at the end of the episode 1 and 2 but still cant find it, only weeekly that already come out so far, urghhh i want that catchy song

Chechah Feb 19 2021 8:24 am Does anyone know what is the song title at the ending of drama? I know it’s old kpop song but what is the title? La la la la lalaallalala

sensible viewer Feb 19 2021 6:40 am Lee soo hyuk was highlight point for me. Kwang guys acting is extremely good. First ep 1 is bore but drama gets better from 2nd episode. Startup injaes childhood girl is nice. Tho i really didnt like ban hani badly telling off younger at end of ep 2 cause young hani didnt on purpose feed that kid those cookies.

koreanloverrr Feb 19 2021 4:41 am Finally a drama that is not too much. I want me a light hearted drama and this drama delivers. I just want to laugh and enjoy myself this month. If you are looking for something like that you have come to the right place.

My only personal wish now is for Choi Gang-Hee to play a role according to her age, with a male lead age of her own age in future. Her recent dramas are mostly with men too young, looks wise, not age.