He Who Can't Marry - Drama 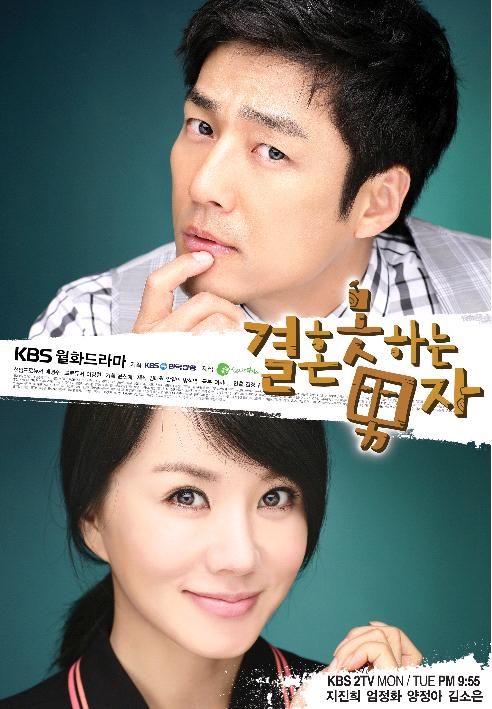 Here is a man who just turned forty. He has his own architectural company and you can find some fine architectures if you google his name. Just by looking at his good appearance or his job, it would be hard to believe that he is not married yet. However….

Here is a man who doesn’t know how to communicate with other people. He is obstinate and never thought of living together with somebody.

One day, he comes across a lady doctor who is quite similar to himself. After that day, he feels like he can talk to her and rely upon her. Slowly, he starts to change. He becomes friends with the dog next door, starts to meddle in another's affairs, and realizes the preciousness of people around him.

Would he be able to get married after all? If he gets married, who would be good for him? And how is he going to propose? -- KBS

funnier than the korean version.

Kim Apr 01 2016 1:00 am Very funny love story, with many unexpected funny twists; a gem. Loved the main male lead acting and how he changed for his love. Liked the female lead too; such a nice personality. Glad I watched it.

Suman Rai Jun 15 2014 12:05 pm The greatest, wonderful, awesome, outstanding drama that ever touched me which none had contented me before. Liked everything about it, And Uhm Jung-hwa has really been my IDOL. Beautiful, dashing ,lovely, cute and adorable!

LoonyLizard Apr 30 2012 5:12 pm Great news for American fans of the show! Hulu Plus just added the first 8 episodes of this series in 720p HD. Trust me, you'll feel a whole new level of empathy for Dr. Jang when you see just how sweaty that blind date REALLY is in episode 1.

Hulu Plus is the premium service of Hulu.com. Best $8/month I've ever spent.

joseon Oct 13 2011 6:10 pm A short but definitely entertaining series! I can relate to the architect that's why I'm still single too and near the end of the calendar. Haha!

Not Mi Apr 27 2010 8:59 am Absolutely NOT Asperger's. It's a man bent on excellence. It's not that he didn't enjoy relationships, he just enjoys expressing himself in "excellent" terminology, which turns people off.

Mi Oct 21 2009 6:09 am It tickles me. Good acting. Mid way through. It seems to me that the main character is a person with Asperger, but yet as a Doctor, the leading female did not thought about the possibility.

JohnG Sep 15 2009 1:29 am The best korean romanic comedy mini series i have ever seen. great cast, unmissable and unforgettable.