He Who Can't Marry - Dorama 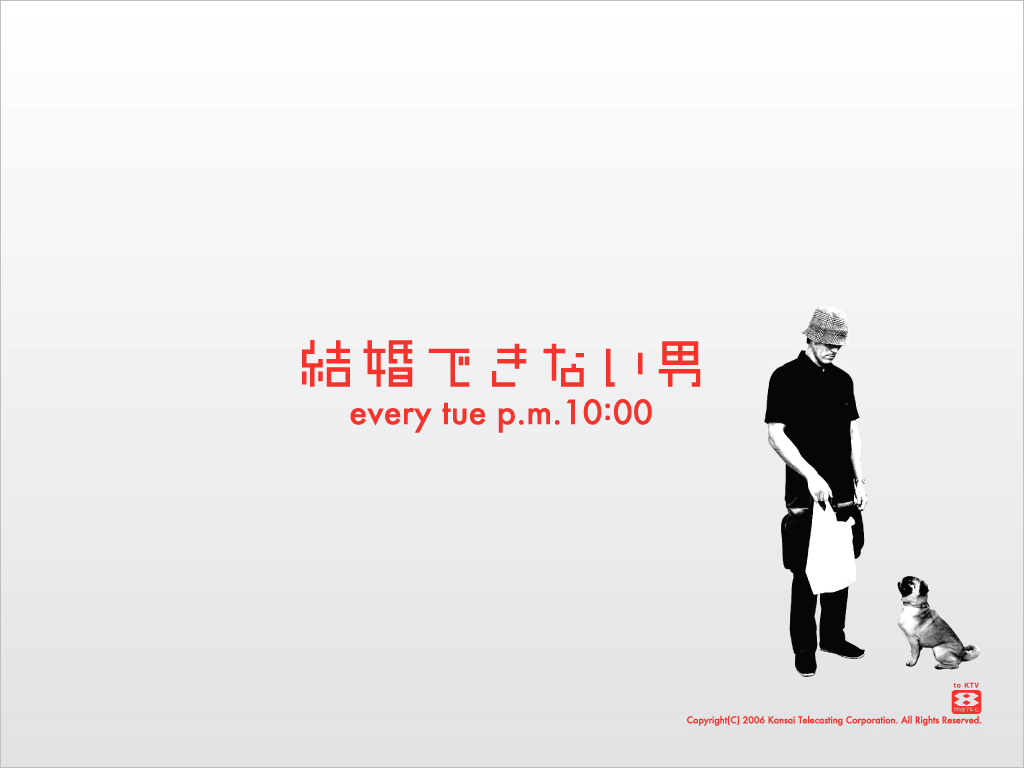 This drama realistically depicts the life of a clumsy 40-year old bachelor known as the man who can't marry up to when he actually marries. It's an adult love story with lots of humor. But this isn't just your ordinary story about a guy who wants to marry and finally reaches his goal. On the contrary, this fellow doesn't even want to get married!Shinsuke Kuwano, the hero of the series and approaching 40, is a talented architect with better-than-average looks and income. But he's somewhat pigheaded and self-righteous in addition to being a cynic. He meets up with a woman named Natsumi. Even when facing him head on, Natsumi doesn't immediately reject him, but also doesn't completely approve of him, taking a matter-of-fact approach. Confused by this attitude, Shinsuke starts to get emotionally interested in her, but is unable to frankly express his feelings.This encounter with Natsumi brings a lot of action and movement into Shinsuke's interpersonal relations, which had been in a frigid state up to then. Then several other men and women get involved in these relations, with different love patterns emerging. In the midst of all these developments,Shinsuke and his friends start to ask themselves what marriage is all aboutand what sort of marriage would be a happy one for them.

Soe Kunn Hmi Aug 07 2020 10:56 pm Very good plot, an actors and an actress performing well. I’ve been watching bot Part 1 and 2 many times. Hope to marry with beautiful and friendly doctor in Part 1. What happened?

haru May 04 2019 1:17 pm This drama is really good and funny! If you have a doubt watching this drama give it a try watching it. Your time and internet will not be wasted.