Beginning of the Great Revival 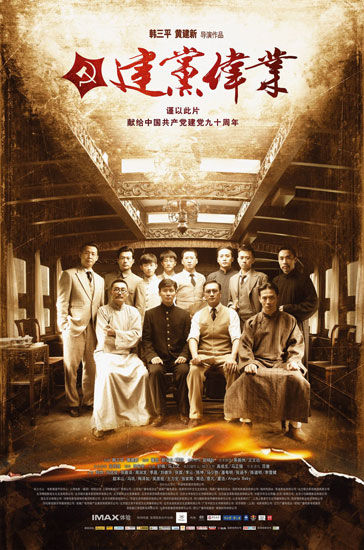 "Beginning of the Great Revival" details the period of the Chinese Revolution starting in 1911 and follows the rise of the Communist Party and its leader Mao Tse-Tung.

maneki hobbang Oct 04 2011 5:29 pm if you don't recognize most of the actors, the movie seems pointless. but if you do, it's the best. it's especially hilarious to see comedians and idols act as the government leaders.

Zhao Wei is awesome...she was in the other movie called "The Founding of a Republic" ^___^