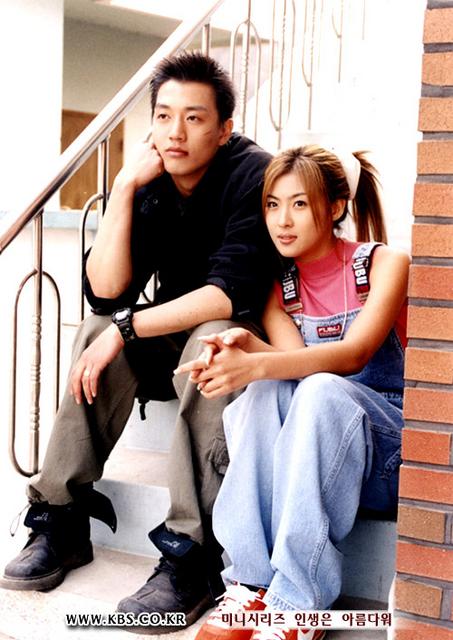 Chairman Yu is a tycoon who owns multiple hotel chains. He decides to hand his business down to his impulsive younger daughter, Hee-jung, who studied hotel management in Switzerland. His older daughter, Su-jung, is a concert pianist. Hee-jung learns the business by starting at the bottom in the P.R. Department. She has a deep emotional scar from an incident where her first boyfriend was killed trying to save her life. To expand his business, Chairman Yu decides to build a resort town next to a casino in Sabuk, a deserted minetown in Kangwon Province. In the process, Chairman Yu’s right-hand man is confronted by a local hoodlum (Jae-min) who wants to preserve his hometown the way it is. Jae-min’s uncanny resemblance to Hee-jung’s dead boyfriend gets her involved in the business such that she has to go against her father in order to help Jae-min.

Amy Dec 08 2017 9:28 am This was one of the earliest dramas starring Ha Ji Won that i ever watched. If i'm not mistaken, probably the 2nd one since the first drama of hers that i watched was Damo back in 2005 n this one followed just one year later. From what that i could remember i really loved both main couple and rooted for them til the end. The comedic and emotional scenes in this drama were good too. Looking back, Ha Ji Won's radiance really does stand in the test of time, aging well like fine wine and so does Kim Rae Won, getting hotter since then. Definitely worth a recommendation to those who happens to find a good kdrama:)