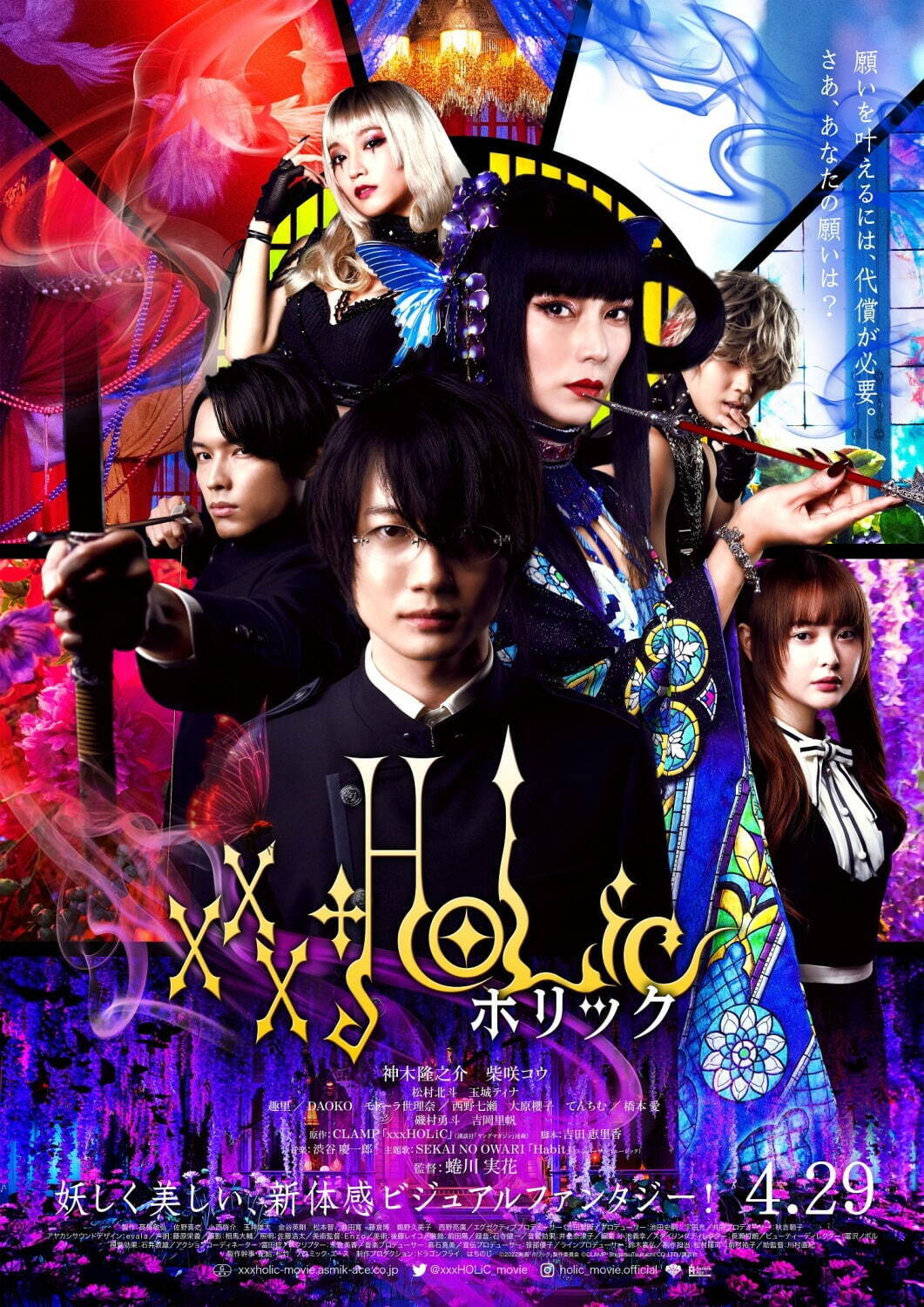 Kimihiro Watanuki (Ryunosuke Kamiki) is a lonely high school student. He has a special ability to see ayakashi (vengeful spirits). He wants to become free of his ability and live a normal life. One day, he is led by a butterfly to a mysterious store. There, he meets the owner of the store Yuko Ichihara (Kou Shibasaki). She tells him that she will grant him a wish for a price.

ENKA-Y Dec 17 2021 6:48 am Yuuko and Watanuki impressed me. Although I used to think the couple in the 2013 version was actually pretty standard. I will look forward to Doumeki 2022's performance. Himawari is really good, I hope she will bring a special surprise. And CGI of 2022 impressed me very much, hopefully the movie will be released in theaters in my country.