We're Millennials Got a Problem? 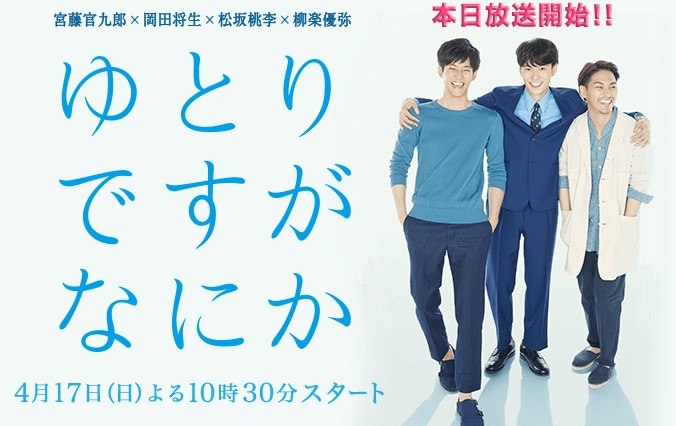 Drama series depicts the lives of three men born in 1987 and oppose irrational things of the world through work, love and friendship. The men are from the Yutori generation when the Japanese government reformed the education system emphasizing a pressure-free environment referred to as Yutori education.

Since Masakazu’s (Masaki Okada) father passed away, he lives with his mother, older brother, older brother’s wife and younger sister. He studied hard in his school days and began working for a good company after college. He has worked in different divisions. This spring he is assigned to a bar franchise his company owns.

Kazutoyo (Tori Matsuzaka) is a elementary school homeroom teacher. His teaching style, derived from his own Yutori education, draws the ire of the school and parents. He is connected with a female university student who arrives at the school for teaching apprenticeship.

Maribu (Yuya Yagira) was born from an elite family. In his school days, he did well in his studies and sports. He applied for admission to Tokyo University, but was denied. 10 years later, he is now married and has a baby. His family still lives in a small place. Even though he is in a difficult financial situation, he is still trying to gain admission into Tokyo University.

tran Dec 24 2017 2:37 am I'm hoping to see another special and of course must be same actors, their continuing stories...

asta Aug 20 2017 2:11 am nice story with a great ordinary problem and with great humour dialogue.

dororochan Jul 11 2016 6:13 am Kudo Kankuro as the screenwriter?! Definitely gonna see this one, loved his work 11 nin mo iru and gomen ne seishun, both really funny yet meaningful.