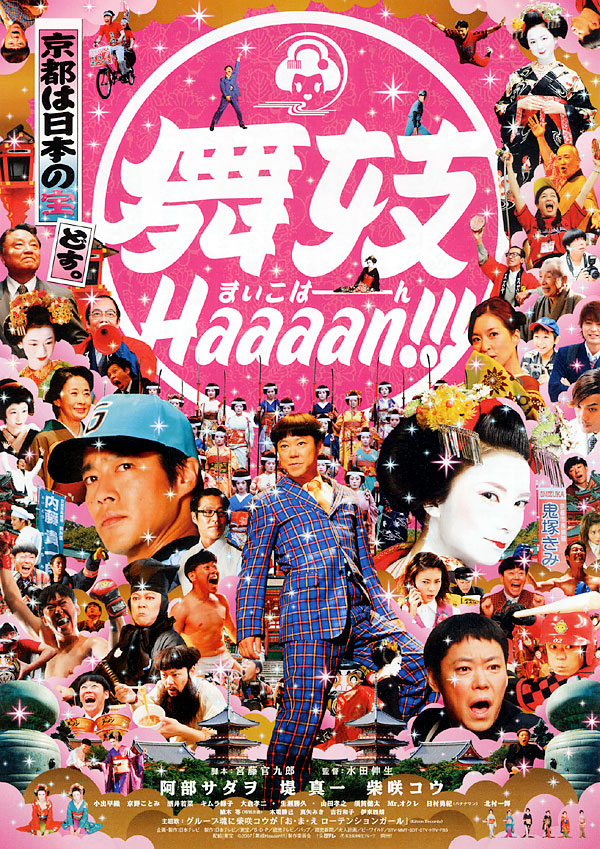 Kimihiko is an ordinary office worker who works in a food company in Tokyo. He is normal in most ways, but one thing that is not normal about him is that…he is extremely fanatic for geisha girls! One day, a chance came his way. He got transferred to the Kyoto branch of his company! He dumped his girlfriend Fujiko and happily moved to Kyoto. The highest bar for entering a Geisha House is that the price is expensive, and there is a traditional unwritten rule of “No first-timers”. He worked really hard to earn money and somehow convinced his big boss to take him to a Geisha House.

He finally went into a Geisha House and was about to play the special geisha game he had dreamt of for a long time. Then suddenly, a professional baseball player, Naito, who was totally drunk, stormed into his room. Naito is a regular customer at the geisha house, and his social status and income are incomparably higher than Kimihiko’s. He said to Kimihiko “With money, I can do anything!” Kimihiko decided. “I will become a professional baseball player and get even with him!”

In Tokyo around the same time, Kimihiko’s ex-girlfriend Fujiko also made up her mind. “I will become a geisha girl in Kyoto!” People’s dreams, jealousy, pride etc…come and go in the geisha world… You never know what will happen next. A hilarious story now begins!

MAIKO is a Kyoto local way to call young Geisha who are basically under 20 years old. A MAIKO usually starts their career around 15-20 nowadays and becomes Geiko (Geisha) after 4 or 5 years.