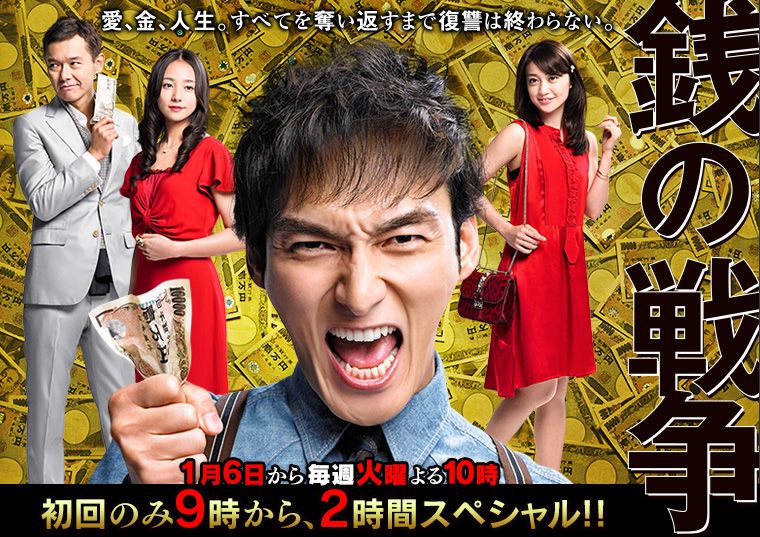 Tomio Shiraishi (Tsuyoshi Kusanagi) graduated from a prestigious university and now works for foreign securities company. He has a beautiful fiance, Kozue Aoike (Fumino Kimura), and no complaints with his life. One day, his father kills himself, leaving behind large debts. Tomio Shiraishi is liable for his father's debts. He pays what he can with his savings account, but it is not enough. He is chased by moneylenders. Tomio loses everything. His job, finance and savings. He then becomes homeless.

One day, he meets his high school teacher's daughter, Mio Konno (Yuko Oshima) who is in heavy debt. Tomio Shiraishi and Mio Konno begin to have feelings for each other, but his former fiance, Kozue Aoike, appears again.

Gabriel Jun 27 2017 8:40 am One thing I can say about this is drama, is that there are so many things to learn in how to handle money. It includes spending it wisely and not for something personal gain or to impress someone.

This drama had a very interesting story and a great cast of characters both main and support. The Mc was pretty good and Kusanagi Tsuyoshi did a great job portraying the semi villainous main character. Kimura Fumino and Yuko Oshima also portrayed their respective characters well and though it was the first time i seen the two act they left a pretty good impression on me.

Overall this drama was interesting and was a little too short.