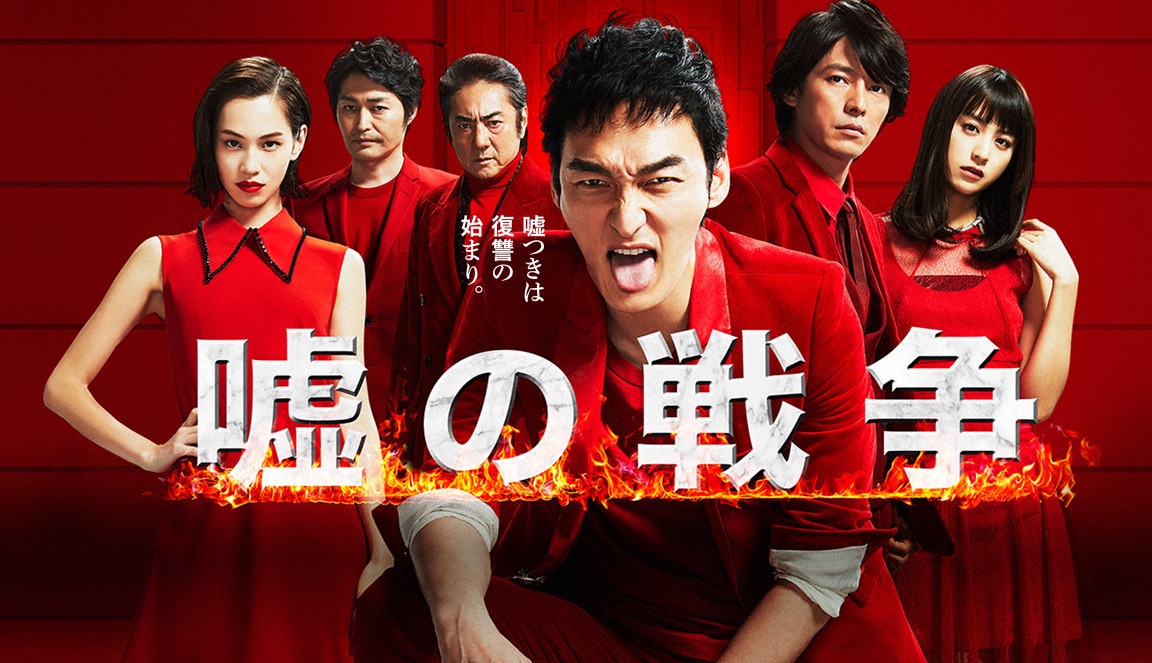 When Koichi (Tsuyoshi Kusanagi) was 9-years-old, Koichi's father was accused of killing his wife and youngest child. He was also accused of committing suicide. In reality, Koichi's father was framed for the murders and Koichi saw the person who killed his family. He told a cop that his father didn't kill anyone and he saw the killer, but nobody believed him. Afterwards, his relatives called him a liar and he grew up with the nickname of Liar. Koichi eventually moved overseas and changed his name. He became a swindler.

Koichi meets the killer who killed his family and goes back to Japan to take revenge.

Kaede Nov 15 2016 11:02 am Tsu, are you going to have another "series" with Fuji tv..? After three "Boku series" ten years ago and now you are doing "Sensou series". I'm looking forward for this, I'm a bit worried about how the members will be doing after the break-up, I hope each of you can do the best from now on.