Wait 'Til You're Older 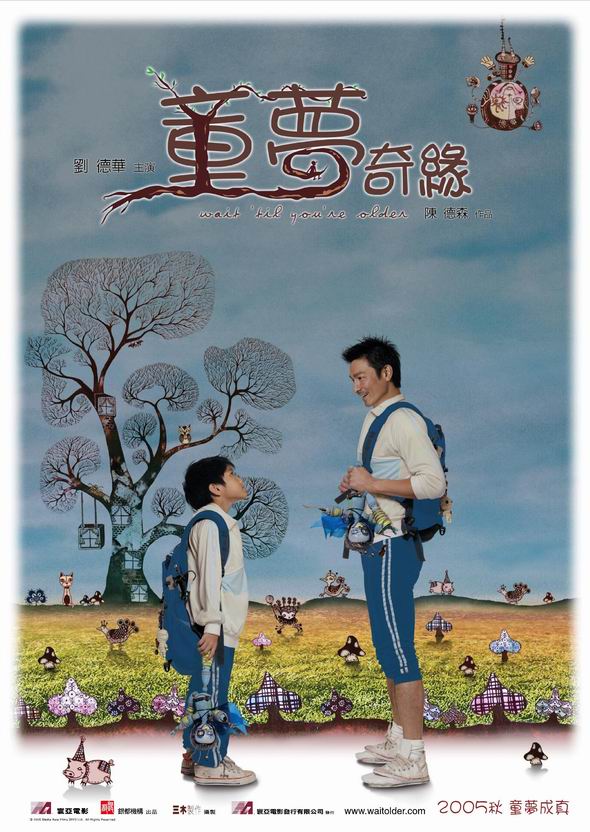 Twelve-year-old KONG (Sit Lap Yin) is an unhappy child. In fact, he has not been happy since his mother’s suicide three years ago, which he blames on his FATHER (Felix Wong) and STEPMOTHER (Karen Mok). Having to live under the same roof with them, he finds not only his emotion increasingly stunted but his height as well. He yearns for freedom as much as he yearns for love. But only if he can outgrow his treacherous father, he believes, can he finally find peace and happiness.

One unspectacular evening Kong decides to run away from home after another customary tiff with his stepmother. He chances upon an eerie OLD MAN (Feng Xiaogang) who claims he has a potion that can speed up the life process. As much as he would like to believe it, this is all baloney to him. So when he accidentally taints his blood with the potion, he hardly expects his fate is about to change forever.

It is an impossible dream comes true when Kong wakes up the next morning to find himself already a twenty-year-old young man. Plunging into the adult world in full earnest, he is ready to take revenge on his parents while getting his hands on all things hitherto forbidden. But another day passes and he becomes ten years older. Only now does he realize the tragedy of his situation: his growth rate is exponential. When he finally uncovers the harsh reality behind his mother’s death, Kong has to race against time to right things wrong with his parents.