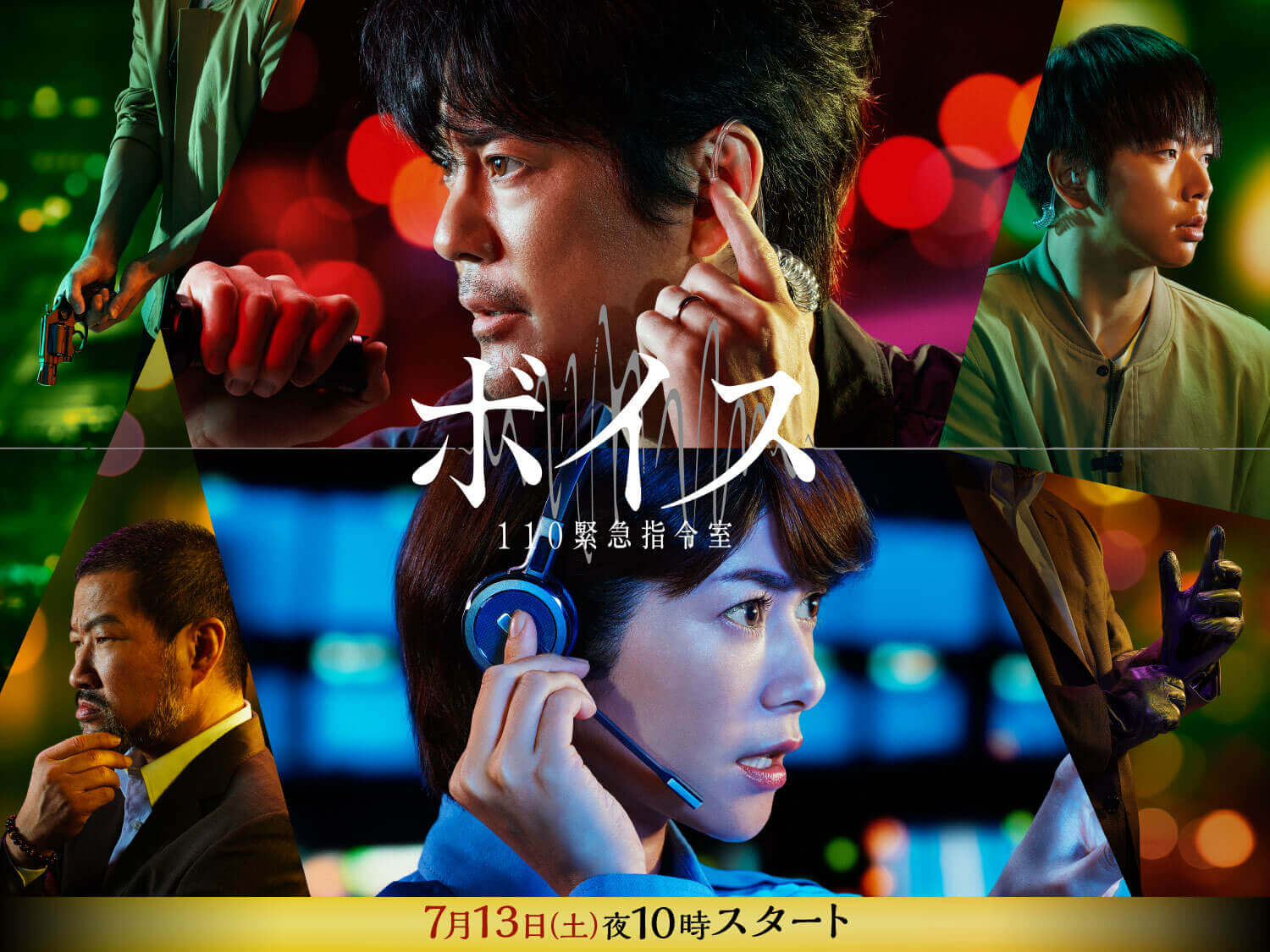 Shogo Higuchi (Toshiaki Karasawa) is a detective whose wife was murdered by a serial killer. Hikari Tachibana (Yoko Maki) is a voice profiler whose father was murdered. She has a special hearing ability which allows her to hear minutiae sounds that other people do not.

Victims in criminal cases call #110 which is connected to the emergency control room. To save people as quickly as possible, an investigation "emergency call response unit" is formed. Hikari Tachibana works in the emergency control room and gathers location information from callers with her special hearing ability. She passes on the information to Detective Shogo Higuchi in the emergency call response unit. Detective Shogo Higuchi then goes out with his team to save the victims. They must respond as quickly as possible during a crime's golden hour.

i'am fan Voice the original, hope this can give thrill too

LKB May 13 2019 11:12 pm Sia, the basics of this are the same-the architecture, if you will. The female voice profiler lost her dad to the killer and the male detective lost his wife. The cultures are quite different and especially for darker content Japan and Korea generally handle things with different styles... Different people, places, etc so of course there will be distinctions. Ideally they will do as many have and have a villain equally creepy and terrifying to Kim Jae Wool's brilliant character BUT totally rewrite him. Face it, except when a program is adapted MANY years later than its predecessors, the language alone cannot suffice as a reason to throw so much $ and talent and time into it (my opinion of course-so many people are hell bent on watching things in their own languages which is find if someone is illiterate or has vision problems or is young like w/Miyazaki animations for kids that thankfully Disney only changed the voices for)... If they gave him the same unforgettable weapon (those custom kettle bells still make me cringe when I pass by a cross fit or athletic equipment store with kettle bells in the window!!) I would get angry, honestly. They need it to be distinctly their own... The deal made with OCN will determine how much they can, can not, and for that matter must change the original content (some writers only let tiny differences exist and others insist on the original not being overshadowed with such a direct comparison)... We have season 3 right now along with so many amazing programs, so do we truly NEED to watch Japan's? Suits was remade for SK and then Japan... Lots of shows just get sold over and over as if they are the next American Idol sort of "copy it into 30 languages" mega businesses that to me lose most of their original charm (bad example w/idol shows I know, but I couldn't think of all the Japanese names for various shows)... Two great Jap.programs that came to SK=Mother and 100 Million Stars in the Sky (SK title The Smile Has Left Your Eyes)... I rather like format ie movie->miniseries more than language changes.

Sia May 13 2019 8:44 am Does remake versions mean everything in the original version would be similar to the remake version? Yes i've never watched any remakes for dramas or movies that i had watched for i don't want to waste time on watching something i've seen before but if there were to be some changes made to set it a little it apart from the original ver then i won't consider it as time wasting. Voice 1 was really good.