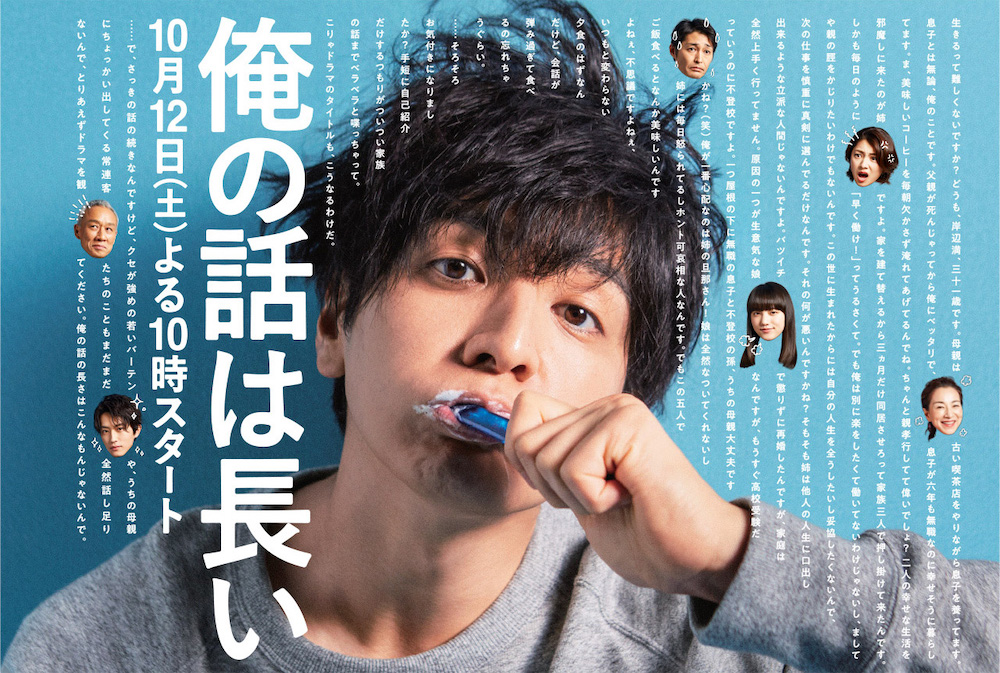 Mitsuru Kishibe (Toma Ikuta) is a 31-year-old single guy. After he graduated from a university, he became absorbed with coffee and opened up a business related to coffee. His business failed. Since then, Mitsuru Kishibe has been unemployed and he hasn't even tried to find a new job. He lives with his mother, who runs a cafe.

NakatsuFan Dec 22 2019 3:19 pm I just finished watching this and I must say Nakatsu's personality (from HanaKimi) is shown here. I enjoyed the family's banters and Mitsuru's nonsense arguments (especially the mysterious case of loly hahaha). I have realized many things after watching and I really recommend this if you miss Nakatsu's crazy antics. I like it!!

Juser Dec 14 2019 4:22 pm I love the drama so far, i felt compelled to write a review. I laughed a lot on Episode 2, and cried on episode 3. The interaction of the brother and sister, mother and her teenage daughter, all seems so realistic. Whats extraordinary is the patience of the mother and the brother in law..lol.

VanGogh Nov 03 2019 4:20 am For some unknown reason, I always think of this show as a crazy epilogue from "I'm Your Destiny" (Unmei no Hito Desu)

The setting was fast-forwarded to 18 years later after Masaki and Kogetsu got married and gave birth.

I want him in doctor or investigation theme lol. Anyway, anything is fine because I can watch Ikuta Toma in drama!!! Yeahhhhhh!!!

PS. From the plot, I think this is a meaningful drama tho.^^