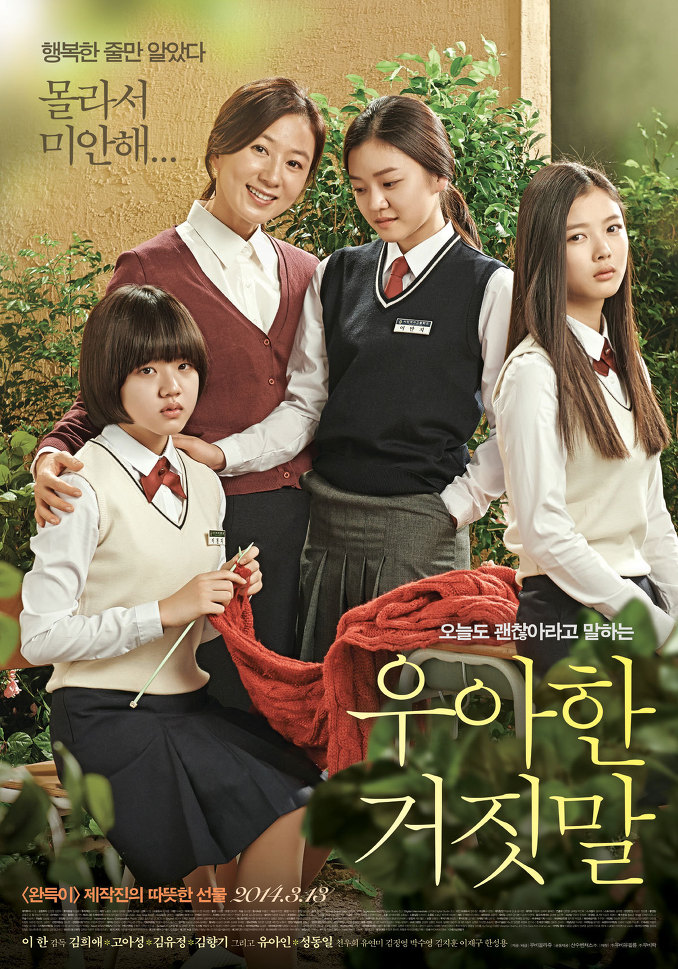 "Thread of Lies" deals with the aftereffects of a suicide by a 14-year-old girl. The story follows the mother, older sister and others who knew the young girl. 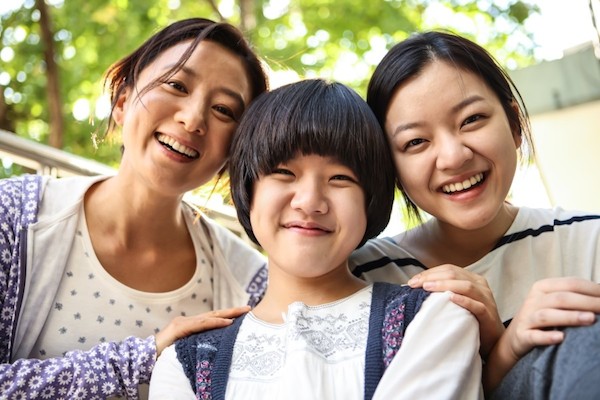 vitz Jul 08 2022 10:36 pm I watched this for Kim Yoo Jung, she stole every scene with her acting and charm. I don't think the fault is solely on her character, HwaYeon, I felt empathy towards her exclusion, almost made me teared up.. I feel like the real villains are the friends around her who used her for her money. When her reputation is ruined, they no longer care.

Then they all blamed her for 1 person they didn't care about.

The thing about people is, they always remember your mistakes, they are ungrateful.

What HwaYeon (KYJ) did was wrong, being manipulative, but her friends are no different. She has no friends without treating people, she is also a victim of social pressure.

the real bully cannot be excluded, based on my life experiences. I have never seen a big bad bully being excluded.

Kim Hee-Ae & Ko Ah-Sung also acted the best, their chemistry is so good.

Since CheonJi died, I just hope they showed maximum character development to HwaYeon, will she still be excluded?

wntrina Dec 03 2021 11:33 pm I watched this for kim hyang-gi and as expected, she nailed the acting. Everytime she cries, I feel like crying too..she's such a spectacular actress, ever since she was a child, I watched wedding dress and that last scene where she cried her heart out still hurts me till this day. Also, the sisters really look alike thought they were real siblings at first glance. Now I'm curious about the ending, who did cheonji gave the last ball of yarn to?

KDramaRoom Jun 18 2021 11:15 pm This film is one of the film that I also always recommend to new kdrama fans, may it be my friend or just an acquiantance as I am confident that they will love this film. This film has a sensitive content as the story is about a high schooler who took her own life due to struggle in life. Honestly this film made me difficult to move on, move on to the part where the kid took her own life and her family doesnt have an idea that she did this to herself as her family assumed that all was well. This part made me like a paranoid, as I also have kids with the same age in this film. The part wherein you really cant tell what's inside everyone's mind unless spoken made me difficult to move on. So this film gave a lesson to always communicate with your kids, even not your kids, to someone you love so you are aware what they are going through. This film is a tearjerker, this bawled my eyes out and I highly recommend this film as this is one of my favorites. I have nothng else to say about the characters, they all acted well. The plot is so sad.

Mika Feb 28 2018 3:12 am One of the most meaningful movie for those that once had a suicidal thoughts, this movie is must watch for all people whether they had being bullied or witnessed it.

ah-in ahhh lol Sep 06 2017 2:26 pm I was watching the trailer, feeling sad and about to mesmerized into it but then, out of the blue, Yoo Ah-in jump out with swinging long hair XD lol

Theresa May 11 2016 8:56 am Watched it for curiosity, why my idol Kim Jaejoong would produced this kind of film. Now, I'm trillionfold under the spell of my ONLY KPOPROCK ARTIST, for supporting this kind of film, unfortunately this is not well known, I will introduced to class for others to be aware that SOMEBODY is open to listen just need to SPEAK out to be heard.

Rara Mar 09 2016 5:26 am i dont know why this movie don't really blow up, but this is a great movie. soooo good! i cry a river when watching this film. highly recommended! kim hya gi such a great actress! she always touch me in every single movie that she played.

munny Mar 13 2015 10:51 am I watched this movie only for Hyang gi, her acting skill is SUPER excellent, I always like her, cutieeee. She always makes me cry. I LOVE HER A LOT.... GREAT ACTRESS EVER.

Jungle_fish Sep 15 2014 9:17 am So sad, especially the part as if cheon ji doesnt kill herself coz her mom and sis come at the right time... it teaches us that everyone and every people around must regret of suicide

KoreanStar Sep 09 2014 7:21 pm This movie IS THE BEST MOVIE EVER ! it shows a great message out there for all teens so if you ever been bullied dont think about killing yourself speak to a parent or a teacher to sort this out. but anyways good movie made me CRY T.T

YS Apr 05 2014 4:59 pm I also was watching 'emergency couple' and saw this girl (Hyang-gi). Like her since Queen's classroom. Absolutely want to see this movie!

^^ Apr 04 2014 9:08 pm haha, they were totally watching this movie in emergency couple, and I had to look it up because I really like this girl xD it looks good though :o