The Road: The Tragedy of One 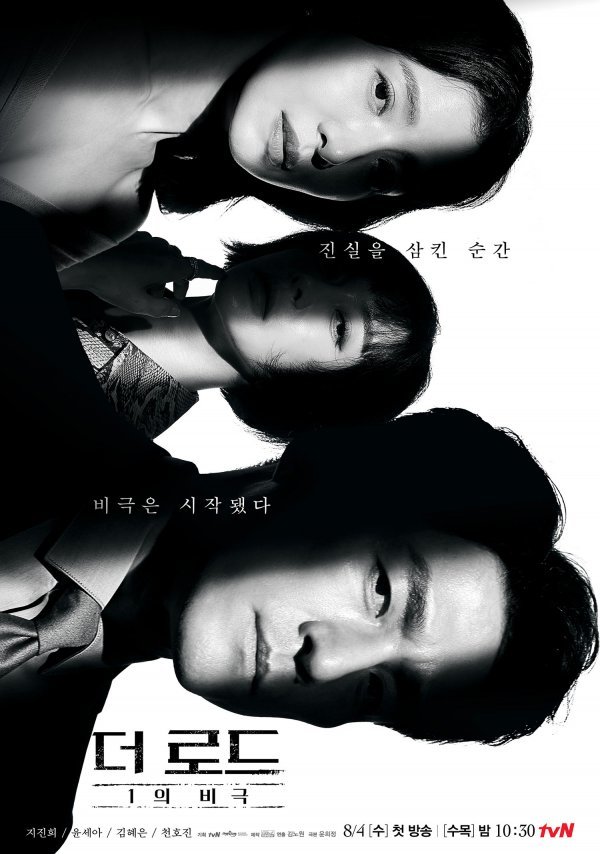 A story of the secrets, desires, guilts and salvation of residents who live at "Royal the Hill," a place where only the top 1 percenters live.

Baek Soo-Hyun (Ji Jin-Hee) is a popular and respected anchorman. He is known as a journalist with strong beliefs. When he states something on camera, viewers take his words as the truth. Yet, Baek Soo-Hyun has another side. He is cold-hearted. When he wants something, he gets it no matter what. He will use any and all means to get what he wants. He is married to Seo Eun-Soo (Yoon Se-Ah) and they have children.

Seo Eun-Soo is the daughter of the chairman of the Jegang Group and married to Anchorman Baek Soo-Hyun. Her father is powerful enough that he wields heavy influence in the political and economic worlds. Seo Eun-Soo is herself a popular miniature artist. She places priority on her family and she tries to never loses her dignity, but she encounters tragedy. Seo Eun-Soo attempts to protect her family.

Cha Seo-Young (Kim Hye-Eun) is an announcer for a broadcast station. She has everything, including a prestigious job, exemplary educational background, and a beautiful appearance, but she is rarely satisfied with what she has.

kamote May 23 2021 1:02 pm Ji Jin-hee ? loveeet! I'm soo looking forward for this. After Undercover, i will be waiting for this. please have it available on Netflix.

Preta Apr 19 2021 8:50 am The cast is enough motivation!! Love them ALL!! I'm glad there's better roles for older actors than Ahjussi ahjumma stuff...

Athena Apr 15 2021 10:22 pm Omgg!!! I can't wait. because Kim Hye-eun is here, another stress year except for penthouse, misty, the world of married couple, sky castle. I'm sure that this one is going to be annoying drama. Fighting Kim Hee-Eun

Anna Apr 04 2021 5:52 am Ugh, another Sky Castle, Penthouse and annoying type of drama. Come up with something else already!