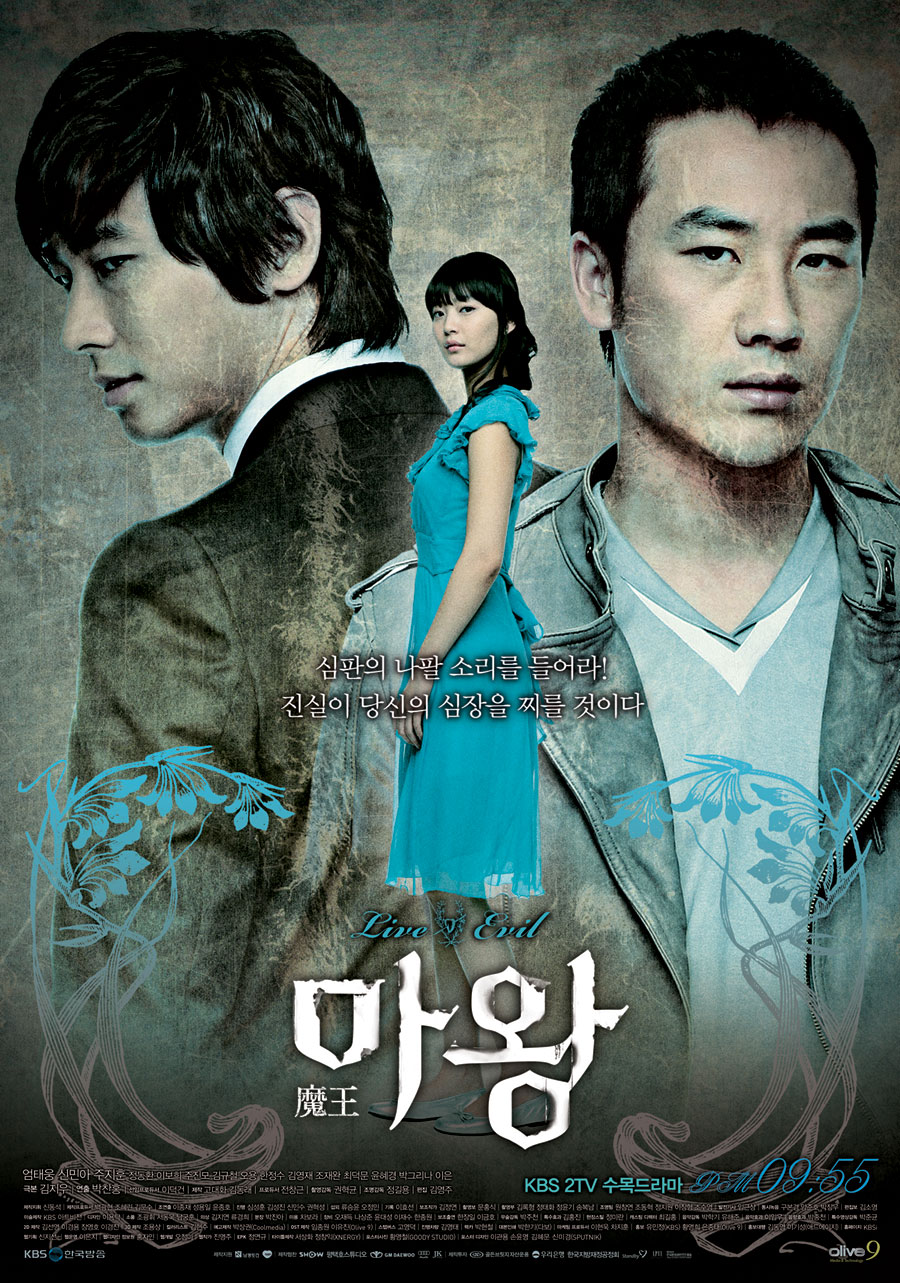 “The Lucifer” is a story about two men who were predestined to confront each other over a tragic incident that happened when they were young, and a woman who has psychometric powers. Through the bitter fight of its main characters and their desperate attempts to uncover the truth, this drama attempts to find answers to such questions as what is good and what is evil, and how good and bad fortune are formed.

The murder case that begins with an afterimage of one girl is completely ignored and closed quickly because of the girl’s preposterous testimony. Twelve years later, detective Kang Oh-soo (played by Um Tae-woong) receives a taro card meaning “judgment” and a letter. A brutal game begins between the culprit and the victim of the case, which began as a trivial incident 12 years ago but has snowballed into a big tragedy, and a mysterious witness.

Kim Na Na May 06 2020 11:14 am Watched it because of JJH. Don't know why I don't like UJT. Plot was good, but 20 episodes were too many. Could have wrapped up earlier. JJH's acting improved so much since then. Here his facial expression was not that diverse and I think during the whole drama he had like one style of walk. Going like a robot. xDD

Julietta Jan 08 2019 11:03 am The drama was intense and quite good. The only thing that was so absurd to me was how come a detective kept on looking for help from a clairvoyant.. Kang Oh Soo shoud’ve not called himself a policeman

mine Mar 16 2018 11:06 pm This is one of the best Korean Drama. Trust me. I still clearly remember how I was amazed by the story as it unraveled. I can't think another crime-revenge drama that could top this one, even to this day.

Evy Mar 28 2017 10:21 am This is truly an amazing drama ever!! The story line is unpredictable. I like all of plot twist things inside the drama. Ju jihoon is the best!

rskdama May 21 2014 10:04 am I watched this drama recently for Ju Ji Hoon. My only issue with the whole drama is that, if Kang Oh Soo is a righteous man, and he felt guilty for not being charged and indicted or the murder of his classmate, he had lots of chance, before the statue of limitations, to turn himself in; even if the killing was accident. I think that part of the writer's grasp frustrated me. Having no such right-wrong attitude to self, oh soo seems to look for it in Seung-ha... On the whole, the acting (except Uhm-Tae-woong) was good and so was the ending.

John May 12 2013 8:34 am Up until the end this was a very good and well acted drama. The ending was a huge disappointment ....which is nothing new for the majority of Korean Dramas. It seemed rushed and left way too many unresolved issues. The excellent acting makes it still worth watching though.

Gasenadi May 19 2012 11:32 am Agree with Jenna; this is a masterpiece. For literary alllusions alone (Dante, Anthony Browne's The Tunnel, People of the Lie, Jung) it stands out. And how these are employed in the plot. Starts slow, but only to build upon all the info needed to continue this thriller/mystery/morality play. Great acting by all. I was blown away by neophyte Joo Ji Hoon's controled portrayal of a painfully haunted man driven to extreme measures of revenge. The music was also beautiful. This is drama with meat on its bone, not fluff. Dig in!

Jenna May 17 2012 7:49 pm I watched this drama so many times. This is not a typical Korean drama. After watching this drama, I got the feeling of 'wow! what a great drama...what a tragedy.. I feel satisfied with the ending but at the same time wish it be differently'. Great acting and great directing. The emotion is so intense. I can feel the characters, the sadness, the regret, the loneliness, the love.

I'm totally recommended this drama. As I love it so much! Truly masterpiece.