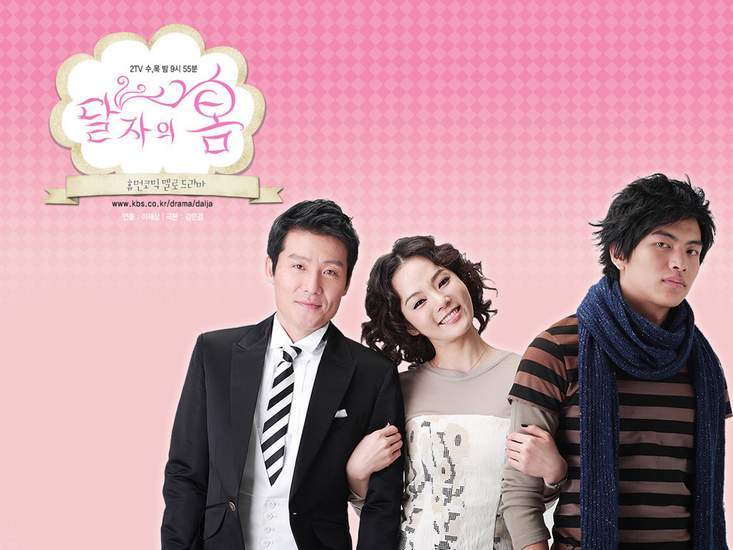 ‘Dalja’s Spring’ is the story of Dalja, a 33-year old single at a crossroad of whether to remain single or get married before she gets older. The drama aims to comically and candidly portray the reality and undying pursuit of romance of a thirty something single woman.

The love triangle of Dalja, Taebong and Gijoong brews conflicts over love versus marriage. Taebong, a hunk six years younger than Dalja, works as substitute dates and becomes Dalja’s fake boyfriend. Gijoong is the type who dreams of an ideal and rational courtship. The drama also highlights the life and work of women in their thirties through Dalja who is a talented managing director at a home shopping channel.

Jpoper Feb 10 2020 11:10 am You know what? Try watching this. This is very funny you will laugh out loud. This is also inspirational, you will realize many things. I like it alot.

lrt Jan 16 2017 8:07 am Super cute. Really glad I hung in there because there is a lot of depth to the relationships that keeps you wanting more. Once you get past the initial couple of episodes you can't stop watching. Well worth my time.

cnu Sep 17 2015 2:20 am really the drama was addicting; i watched all in one go. tae bong x dal ja relationship was the best; i want them to act more together TT so great chemistry this is my 2nd time watching and im 17, the first time i watched was with mom and that was like what 8 years ago, and i loved it. reccommend it

cnu Sep 17 2015 2:15 am chae rim character was the best including min ki ;# it was such a great drama, i really recommend it, and i don't usually watch drama very long but this drama was funny and even the side character was fun to watch, i miss these dramas from drama history

Sonsarae Jul 23 2015 11:25 am I have only watched episode #1 and I'm not sure I can endure to watch any more. The lead is a 33 year old successful woman that has not one clue about relationships - intimacy - was she living under a rock? SORRY to painfull to watch any more. Not funny just annoying.

akal Mar 30 2015 8:03 pm this is a feel good kind of drama with many funny moments and over the top situations..from beginning to end, its full of kdrama clichés..i feel lee min ki acting is very robotic and uncomfortable in this..it being a comedy drama he could have had a hell lot of expressions but his body language and dialogues are without any emotions and rigid..i think the female lead did average acting..otherwise its good to pass away time although scenes are too much dragged like old dramas are

CICI Apr 30 2014 10:43 pm I just watched "Dalja's Spring" and I loved it! I know it's been a while since it's been out, but I highly recommend it if you haven't watched it. Chae Rim is such a gifted actress and very pretty on top of that. Her comedic timing was perfect and then she can have you crying with her. Lee Min Ki was excellent, as well as Lee Hye Young and Kong Hyung Jin. Actually there are so MANY good actors & actresses in this, time went by too fast. It's one of the best K-RomComs I've watched. Also, seeing Kim Jae Wook in a few scenes was a special treat since he's amazing just standing still. I liked this so much I could've watched another 10 episodes easily. It's been awhile, I hope they do a Dalja's Spring,Summer, Winter, Fall..whatever, just please do another series with Chae Rim as Dalja (no exceptions) My compliments to writer, Kang Eun Kyung. Great story and script.

Lady Salieri Jun 24 2012 12:44 pm It will be hard watching better kdrama than this. Beautifil characters!

apithea Apr 06 2012 7:59 am yap, one of the best. It's my all time favorite. watch it over en over again n still not bored at all. the story is great, n the character is great also. it's probably just a story of human in general, with not too much dramatical scene or criminal antagonist, but that's what makes it as a great drama, I think. Kang Tae Bong is my favorite character of all kdrama that I've watched, a frog turn into prince, lol. he always seem to say the words that I wanna hear. ( n I think Lee Min Ki play the character with well ) n dalja, what a lucky girl she is.