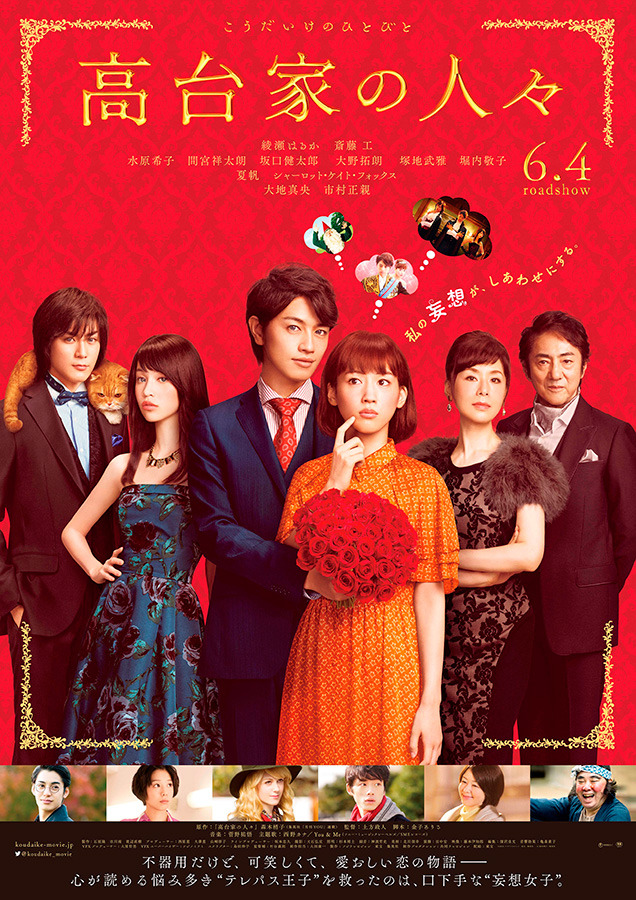 Kie Hirano (Haruka Ayase) is an ordinary OL who often daydreams. Mitsumasa Kodai (Takumi Saito) at the same company as Kie Hirano, but he is an elite salaryman. He is the eldest son in the Kodai family and he is also telepathic. Mitsumasa Kodai got his special ability to read other people's mind from his British grandmother.

Mitsumasa becomes attracted to Kie's warm heart and her dreamy temperament. They begin to date and enjoy their days together, but Mitsumasa Kodai's mother calls. 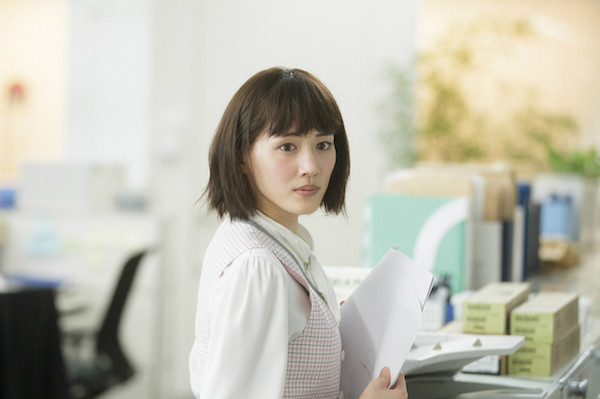 Jpoper Jan 04 2020 2:52 pm I watched this because I'm a fan of its manga but I guess because the movie is very short in nature, there are few details left out here and there. I recommend reading the manga everything will make more sense and more depth.

Mii Feb 01 2018 3:31 am Haruka Ayase is as charming as ever. Loved this movie! I loved everyone in it and every second of it. Hilarious yet sweet. Totally recommended!

samachar Mar 14 2017 12:26 pm this is another great movie...very well made...love every second. it was so funny and romantic at the same time. ah I am so in love with the lead actor....his smile is too gentle and sweetttt... Thank for making such a wonderful movie Japan...

Cocorico Mar 07 2017 11:43 am This movie was hilarious (well, at least the first half, the second was a bit weaker)! My favourite scene is an American FBI imagination aka how Japanese made perfect parody of themselves trying to speak English:D

Asep-kun Jan 18 2017 6:22 am I really enjoy haruka ayase-san's acting very much. such a good movie and loveable closing soundtrack from kana nishino

shasha Dec 20 2016 8:34 pm hello everyone I have a question when will this movie be out because the that i am seeing under this title is about the parents and is set 30 years before the movie happens .which was really upsetting and confusing so when does the movie ft the son and his story comes out and is it under a different title .can someone help please and thank you

nana Mar 20 2016 7:41 am at first look i dont like the guy playing mitsumasa, but when he's smiled.. boy i was so wrong. well he's good looking guy, the problem is his hair style. can't Japanese people update hair style fir the actors? all of them really bad and out of date. oh well I'm rambling. i love the manga though, and looking by the trailer I'm sure the movie will be great. can't wait!