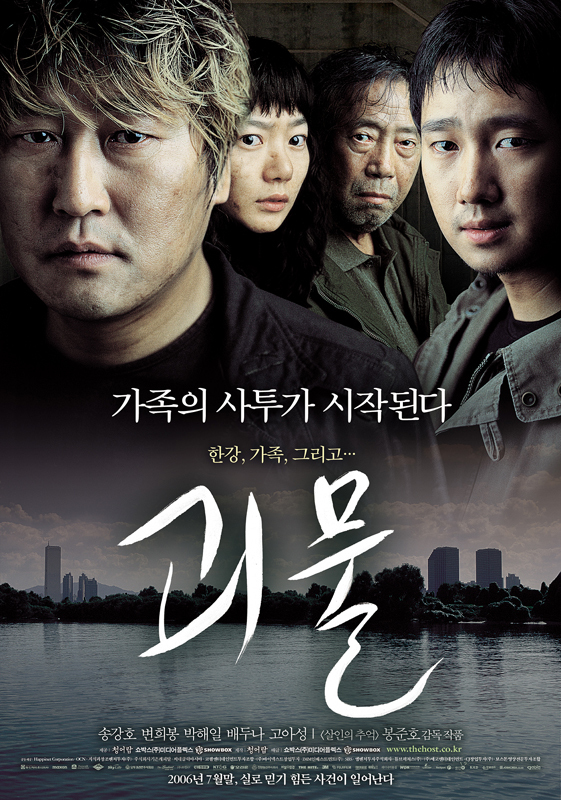 As it has done for ages, the Han River continues to pierce the very center of the capital city Seoul. But one day in the year 2000…Through an unfortunate incident, a creature of an obscure nature is conceived in the waters of the river. As the creature slowly starts to grow in the depths of the river, people fail to sense signs of an impending disaster, devoting themselves to the Korea-Japan World Cup soccer finals, the President elections and to their individual lives. Then one day in 2005, in front of countless citizens taking a stroll and enjoying the weekend on the banks of the Han River, the creature reveals itself in a shocking display of horror.

And mass slaughter…in an instant, the riverbank is turned into a gruesome sea of blood. The main character Gang-du is a man who passes tedious days operating a snack bar next to the river. On that day of great destruction, he witnesses his one and only daughter eaten up by the creature right before his eyes.

The sudden appearance unforeseen and unexpected circumstances renders the government and state powerless to act… And the once-ordinary citizen Gang-du and his family are thrust into a battle with the monster to rescue Hyun-seo. On the banks of the river, which are completely closed off by the government and declared a danger zone, Gang-du and his family rush into an unstoppable showdown with the monster. 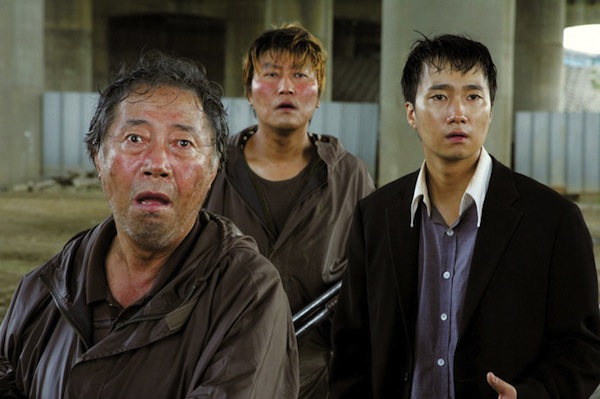 Wayer Dec 25 2016 9:25 am Excellent movie with stellar casts. I've repeated this movie several times already... The messages depicted in this movie apply to us all; blood is thicker than water & please take care of the environment!

suou Mar 17 2010 12:20 am Go Ah Sung is a jewel not only in the heart of Hyun Seo's family, but also in viewers heart. While she didn't appear too often in the movie, her character become one of main appeal & even most of The Host posters are featured her.

Sense_h Jan 12 2010 6:08 pm Well! I like the sea creature (seature ^_^), it seems unique to me. First 20 minute, the runnig away from the seature was exciting and attractive. But from this, it became a little boring. I wish we could see the seature a bit more and a bit attractive. I dont know how did it become the most watched movie in korea. It seems like the reality factor about pouring chemical warfare to the Han river thorough sink has become really effective. Well, see it yourself, its a must-watch creature movie. We'll miss you seature lol ^_^