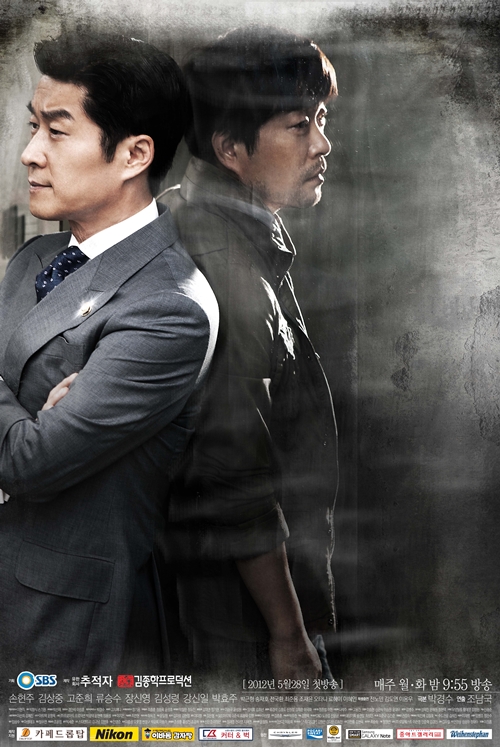 Reporter Seo Ji-Won (Koh Joon-Hee) is the owner's daughter of a large corporation. She helps Detective Baek Hong-Suk to uncover the truth on his daughter's death. While covering the story, she finds out that her brother-in-law (Kim Sang-Joong), a top presidential candidate, is involved in corruption. Reporter Seo Ji-So comes into conflict between her family and the truth. 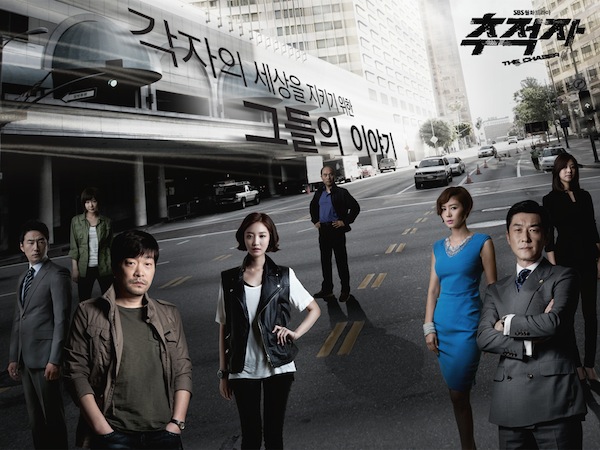 Dince Dec 23 2016 10:11 am It was a great drama and I love the ending. However, i think it will be nice to cut some unnecessary flashbacks and probably it way more better to have less episodes to keep higher quality

Films like The Fugitive and Taken are slick, entertaining but superficial. The Chaser has a cheap TV aesthetic, but it doesn’t scrimp on detail and insight in its depiction of an entire society. And although Ford, Neeson and Snipes are good actors, none of them has ever had the luxury (if luxury is the right word for such a huge task) of creating a character over 16 episodes. I’d only seen Son Hyun-Joo in supporting roles before this, but IMO his performance in The Chaser surpasses anything Ford and Snipes have ever done. Last but not least, none of the films you mention has a villain as complex and interesting as the one played by Kim Sang-Joong. In short, The Chaser is not a “try harder” drama; it’s the Ford/Neeson/Snipes films that need more work.

Migthy Thor Aug 30 2016 12:37 am This drama is nothing but a second grade trying hard copy cat of a Ford Harrison, Liam Neeson, Wesley Snipes movies ("<) The writer could have done a better job and the producer could have cast a better lead actor.

Daniel Jun 30 2015 11:55 am Great story and the plot itself worth 10/10 rating. The family love, the dark side of politics, and the desperation for the survival of every character is well portrayed and exceptional.

I liked the last 2 episode especially (15 and 16) I lost count how many time I shed tears. Love how they conclude the story so realistic though feel so bad for HS and weirdly for DH too.

10 out of 5 stars. Yea, it's that awesome. I know it doesn't have any hot young male actors that many people love to oogle at but you can't deny the powerful acting of Son Hyun-Joo and his charismatic acting. Watch it as it'll take you on an unforgettable roller-coaster ride. I actually finished this drama in one day because it was that awesome.

AskM Apr 11 2013 7:55 am I Couldnt Stop My Tears Because of this heartbreaking Show Especially The last scene. Its One of The Best Dramas in My Whole Life.Thank U Cast,Writer,Director And All The Ones Who Made This Great Work.

People were all doubt on this drama due to lack of 'idol'. But, All of you had prove to us, 'DONT EVER JUDGE THE BOOK BY ITS COVER' :) Shame on them, right? XP

now, i'm looking forward for this kind of drama. no kiss scene, no love story, but, manage to capture our attention to watch it. ;) strong role. strong script. strong actor. strong character. lead them to win the awards. This drama taught me to know the reality of life. Kamsahamnida!!! ^^

Gasenadi Dec 20 2012 8:45 am I'm only half-way through and am utterly addicted to this powerhouse. I've been on the edge of my seat during my marathon-watch, marveling at the themes, the acting, the writing, the twists, the directing, even that "Godfather Waltz". There are no squeaky clean characters but, still, a very marked separation between "ordinary" folk and those in power. And what a contrast that is! Those constant jabs at corruption at the top was what originally attracted me to kdramas and I'm so glad to see it again in this one. Lastly, I, for one, welcome the "Godfather Waltz" some might find laughable because it audibly cements the similarities btwn the criminal entrepeneurial spirit and the prevailing economic system. KUDOS!

Oshodi Rasheedah Jul 25 2012 8:45 pm What an interesting movies,she is every active know that her brother-in-law his involved in corruption.so bad.and I liked her co-operate and help to was baek hee.I LOVE THE LINE OF THE WRITTER

yy Jun 29 2012 12:39 pm this drama is very good, that not surprise this drama have better rating than Big, but unfortunately because there are no hot / young/idol actor the sub for this drama is so late to come