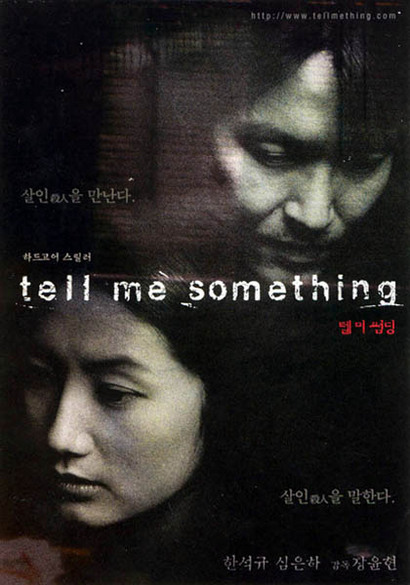 A series of black garbage bags filled with dismembered body parts begin to show up around the city: in an elevator, on a highway, at the edge of a basketball court, and rendering the victims nearly impossible to identify. The killer’s motive is a complete mystery. Leading the investigation is Detective Cho (Han Suk-gyu), a burnt-out cop trying to redeem himself with this case. Setting up a special squad dedicated to these gruesome murders, Cho and his partner, the veteran Detective Oh (Chang Hang-sun) map out the order of the murders, interchanging the parts like pieces in a grotesque puzzle. Mystified by the surgical precision of the dismemberments and finding a medical antiseptic called “Hexamedrin” spread all over the bodies, the detectives start suspecting a doctor or a biologist as the killer.

A break opens up when Cho is led to a beautiful and enigmatic young artist, Su-yeon Chae (Shim Eun-ha), whom all the victims have had relations with. But besides this revealing breakthrough, Cho is far from solving the case. Still not having found a motive, Cho is grasping for many clues. As the murders continue, Cho is drawn closer to Su-yeon and begins unraveling her tortured past, leading to new questions and suspects. Cho and Oh subsequently discover that her father, a famous painter, mysteriously disappeared years before. Cho decides to investigate her late college classmate and current colleague Kiyeon, and her friend, Sung-min (Yum Jung-ah).

While Cho questions Ki-yeon, the fragile Su-yeon is attacked but manages to escape. After being released from police custody, Ki-yeon disappears, and the next morning Detective Cho is notified of the fourth murder. Under the rainy urban landscape of Korea’s capital, another garbage bag is discovered on a highway. This time, the corpse is a head-less Ki-yeon…

Motorradhermes Jun 29 2016 2:24 am An great murder mystery movie given that it was made over 17 years ago! Anyone interested in the crime genre should definitely give this movie a chance. Though this movie was made almost two decades ago, it is a lot better than most of you may think it to be.