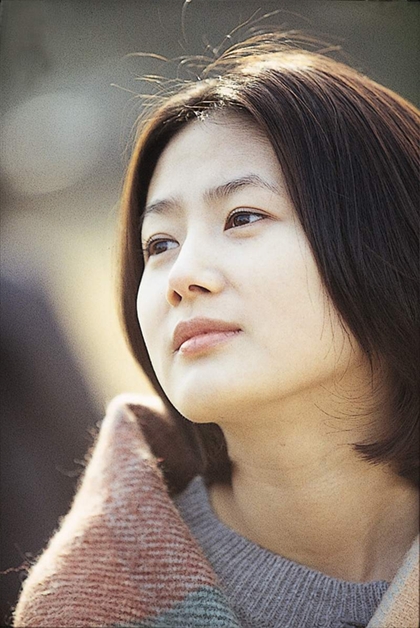 Born in 1972. Debuted on film with 'My Old Sweetheart', but did numeral soap operas on TV. Risen high up as to be called 'the queen of media and film' but seems to have perfect self-control. In 'Christmas in August' and 'Art Museum by the Zoo' she has her own world all to herself, and doesn't allow others to break or alter it. Her appearance in Korean film seems to be that of purity falling and getting seduced. Her starring in the above films let her out of the stereotypical purity role but somehow still manage her clarity. She has the tendency to not be subordinated but utilize this kind of image.