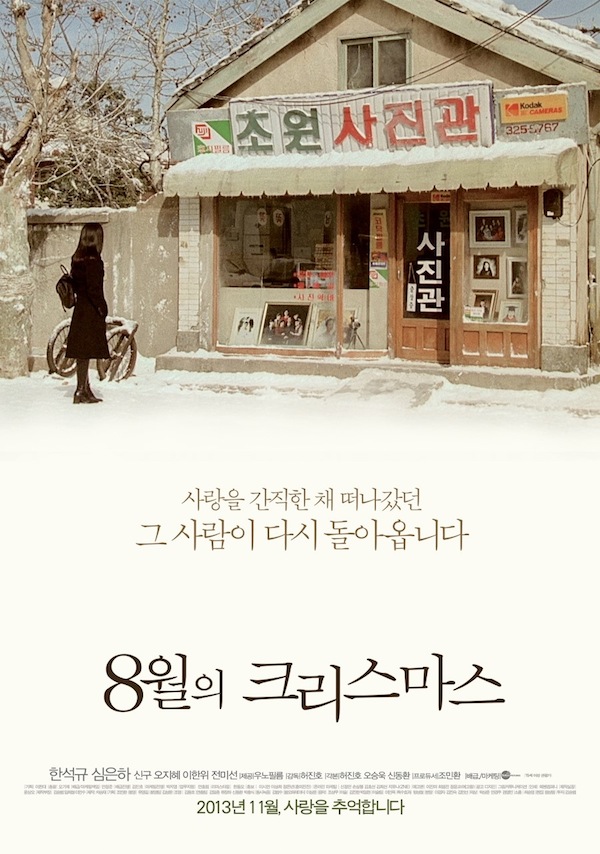 Somewhere in Seoul, Jung-Won runs a small shabby photo studio. A humble shack passed down from his widower father, the studio is a space where Jung-Won goes about with his daily routine of dealing with fussy customers, enlarging photos of class heartthrobs for the neighbourhood kids and photographing pictures to place on funeral altars. For Jung-Won, life seems to be a series of peaceful events, but in reality his time on earth is too limited for comfort. Barely in his mid-30’s but perhaps too aware of the meaning of death, Jung-Won accepts his fate despite the subtle gestures of concern coming form his old father and younger sister. Life goes on as usual until one day he meets Darim who works at the Traffic Control Division of the local district office is a regular customer at the studio. Her daily visits to develop snapshots of parking violations and her somewhat bold attempts to capture his attention stirs a feeling inside Jung-Won with which he deals in anticipation. As his health gradually deteriorates, Jung-Won is faced with the painful duty of bidding farewell to family, friends, to the studio and to Darim……

Nova Mar 19 2020 4:22 am It was the first Korean movie I had ever seen and there is no turning back since then...I was mesmerized and spellbound to see the power of silence in the movie as it has very few dialogues. It's not just a love story ...It's about life, death, individuality, south Korean culture and so on...loved Han Suk-kyu's acting, his innocence and pure smile.