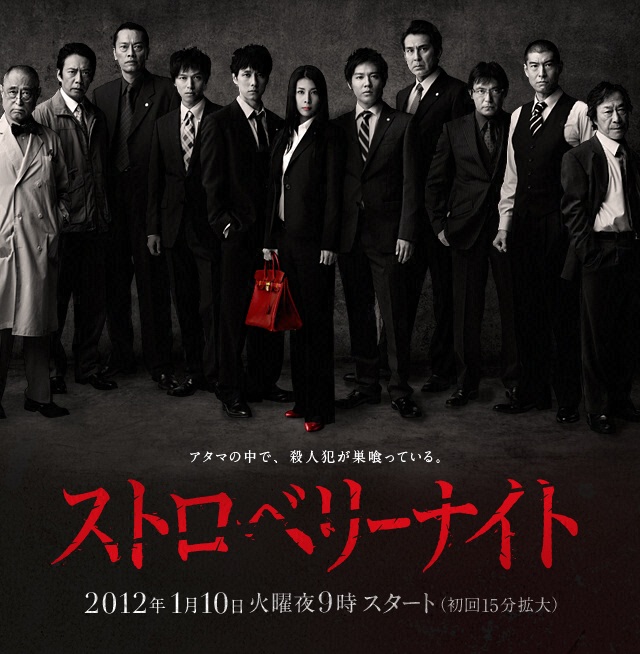 Yasufumi Yoneda caused a train accident 10 years ago, where the train overturned and killed more than 100 people. Now, Yasufumi Yoneda is found dead at the same location where the accident occurred. His body is severed into two symmetrical halves. An investigation is underway to determine the cause of death - was it suicide or murder? Reiko Himekawa (Yuko Takeuchi) and her team from the Metropolitan Police Department leads the investigation.

Reiko discovers that only a short time existed between Yasufumi's exit from a drinking establishment that he frequented and the time of his death. If Yasufumi was murdered, the crime was premeditated. Reiko also learns that Yasufumi talked in the drinking establishment about having to pay out 860 million yen to the victims in the train accident 10 years ago, including to the president of the victim's compensation group Mutsuo Ogawa, who lost his eldest daughter in the accident, and Saneharu (Izumi Fujimoto).

Reiko then goes to Mutsuo Ogawa's home with Detective Kazuo Kikuta (Hidetoshi Nishijima). When they arrive, nobody answers the doorbell. When they touch the door, the door swings open. They go inside. Reiko then finds the dead body of Mutsuo Ogawa lying in the bathroom. The body is also halved into two symmetrical pieces. Reiko assumes that Yasufumi Yoneda and Mutsuo Ogawa were killed by the same person after spotting a particular piece of fabric on Mutsuo Ogawa that was also found on Yasufumi Yoneda.

After conducting further interviews with train accident survivors, Reiko is sure that Kazutaka Tokuyama is the person who killed Yasufumi Yoneda and Mutsuo Ogawa.

Airie Jun 13 2020 9:29 am Yuko Takeuchi is stunning even though She's arrogant and domineering. Lol

Kai Mar 03 2018 8:17 pm Just finished watching this. She is beautiful. That body, thin and long straight hair. Hot. Even in the hotel room where she has her hair up she is hot...

Reya Oct 22 2016 12:32 am First saw the SP (which I absolutely fell in love with) so I continued on to the drama. Thoroughly enjoyed this detective series. I think what made it great was its fantastic set of characters, with the lead at the heart, surrounded by a solid team. Even the side characters were great, including Kusaka, Ioka, and the love to hate dirty Gantetsu. This show has a good balance of humor, tension, and emotion.

Don't get me started with Himekawa and Kikuta's relationship and chemistry. They shared a quiet sort of fondness and respect for each other and I think it was perfectly expressed and nuanced through small yet affecting moments during the show and I can go on and on but I won't.

My only gripe, albeit very trivial, was Yuko's 'emotional' scenes. I don't know if her approach was a conscious decision (acting-wise), considering the character's past, but. I guess I felt slightly uncomfortable during her emotional scenes because it felt awkward and forced and at times disconnected. But again, very trivial gripe. She's incredible nonetheless.

Mochi Sep 04 2012 2:22 pm Wahhh I loved this series! Each episode makes me thrilled and engaged and wow at the story line! However, I dislike Takeuchi Yuko as the main character because I think she doesn't portray the role well. I swear every single episode frustrated me because of her appoproach to her work and her attitude to her parents. Nevertheless the series was very good! The second last story about the hitman was exceptionally good! Even though it had lower ratings compared to the other episodes, this one was very emotional! It made me cry for a good 2 minutes when Kimura tae's role told her story about her love. Sooo sad ;( And omg! The final story was very good! The portrayal of Naito and kosuke as father and son was so beautiful and heart breaking! I definitely recommend this series! :)

farrangel Mar 23 2012 4:51 pm Amazing series... I originally watched the SP movie and found myself so interested in the characters and their relationships that I've been waiting and watching for a series. You can imagine how thrilled I was when the series began!. It's been GREAT and I hope to see another season soon (the ending of this season has a number of incomplete storylines that seem to be hinting at another season). I recommend this to anyone who enjoys police dramas. The storylines are VERY engrossing with twists and turns in the murder cases; the characters are diverse, complex and engaging with real growth and development in them as individuals and in their relationships with one another; the music, sets, and film style are all first rate and appealing. Enjoy!