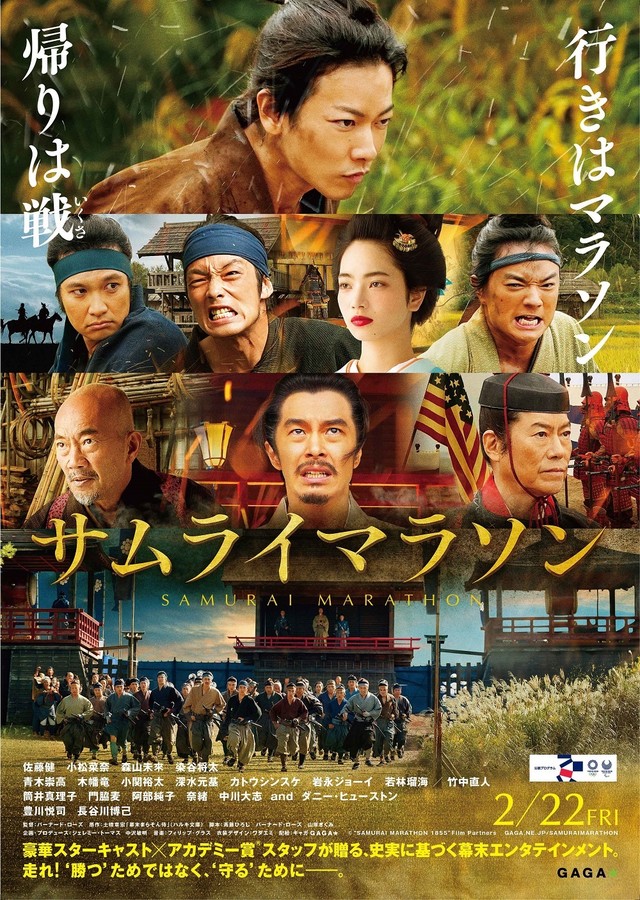 To prepare his warriors for potential attacks from foreign invaders, the hanshu holds a marathon. The marathon runs along a mountain path for about 58 kilometers. Retainers join the marathon to get a prize offered to them. Meanwhile, the marathon is mistakenly viewed as an act of treason by the central Edo government. Assassins are sent to the hanshu's castle. Jinnai Karasawa (Takeru Satoh) appears as a normal samurai at the han, but he is actually a spy for the central government. He realizes that assassins are sent to the hanshu castle. To stop the assassins and clear up the misunderstanding, Jinnai Karasawa runs desperately.

This movie worth watching even tho it's a bit slow in the beginning...

Phyllis Hall Aug 08 2019 7:58 am Watching the trailer, I saw Shun Oguri. I 'm in...gotta see it. Then I find Kazuya Kamenashi, and it's set. I have to watch. Been fans of these guys for almost 20 years. Might have to order DVD in order to watch but I already know I'm going to LOVE it.

TheShahrukhee Nov 25 2018 3:38 pm I never want to see him as Kenshin ever again but it's awesome that he is playing a samurai. He looks so good when fighting with a sword <3