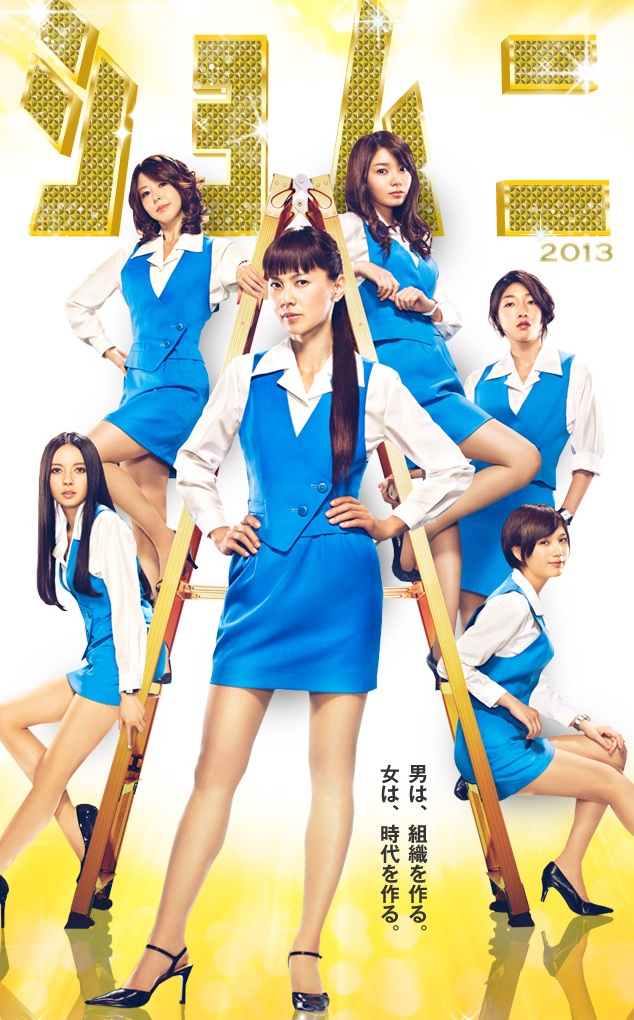 10 years ago an employee at Manpan Corporation, thought to be useless, was demoted to the shomuni (general affairs section 2). That division was considered as "the graveyard for female office ladies," as the ladies were tasked with menial work. Six female employees there including Chinatsu Tsuboi (Makiko Esumi) acted according to what they felt was right and didn't follow the company's outdated views of their roles. The women their eventually saved the company and left. 10 years later, Japan finds itself in a long-term economic depression. Companies like Manpan Corporation are restructuring due to the economic climate.

Shiori Maruyama (Tsubasa Honda) was once a promising pole vault athlete, but now works at Manpan Corporation. She isn't good with her work and can't even answer the phone properly. The company views her as useless. Her co-workers leave derogatory comments about her on Twitter and they don't sit near her at company get-togethers. Then, female employees, who act how they want, appear. They are Madoka Minami (Becky), Reiko Abe (Sakura Ando), Misuzu Kojima (Kanna Moriya) and Masuyo Fukuda (Keiko Horiuchi).

One day, Shiori sees a woman being chased by someone. The next day, Shiori sees the same woman at Manpan Corporation. Shiori learns that the woman is legendary Chinatsu Tsuboi. Soon, shomuni (general affairs section 2) is revived.

ace Nov 23 2014 5:37 pm I had never watched any of the previous incarnations of this show. So I had no preconceptions. All I knew was that Tsubasa Honda was in it and that was reason enough for me to give it a try. I ended up being rather pleasantly surprised. The other female leads were a lot of fun. Especially Makiko Esumi in the lead. Not exactly a new story or anything we haven't seen before but the script is fun and the characters funny.