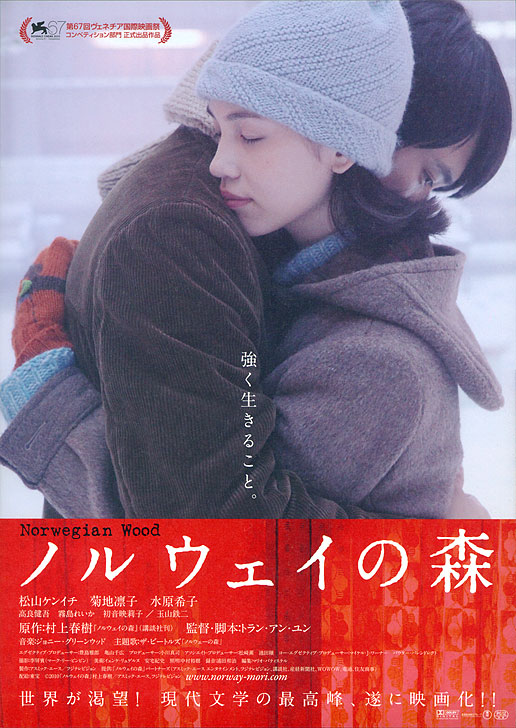 Set in the 1960's, high school student Toru Watanabe (Kenichi Matsuyama) loses his only friend Kizuki (Kengo Kora) after he commits suicide. Toru, now looking for a new life, enters a university in Tokyo. By chance, Toru meets Kizuki's ex-girlfriend Naoko (Rinko Kikuchi) in the university. They grow close because they both share the same loss.

As Toru and Naoko grow even closer, Naoko's sense of loss also grows. After Naoko's 20th birthday, she leaves for a sanitarium in Kyoto. Watanabe, devastated by the situation, meets pure-hearted Midori (Kiko Mizuhara) during the spring semester. Midori looks like a small animal that just came into the world ... 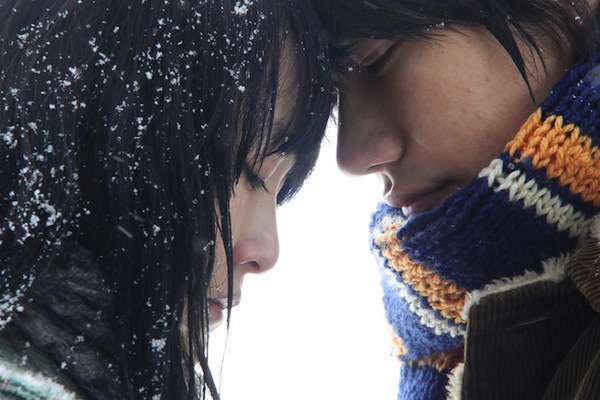 Sean Dec 28 2021 1:49 pm The acting is really flat. Kikuchi is a terrific actress but miscast here as Naoko.

Some of the atmosphere of the period is well captured (nice art direction) but the subdued tone of the book is gone -the director has gone for impact or false elegance (compare the scene in the book where Watanabe visits the bookstore for lunch with Midori; completely different vibe).

Billie Nov 24 2020 4:12 am Kenichi was awesome as always, but I don't think this role fits him that much. The girl who portrayed Midori isn't that suitable either. I haven't read the book yet, but usually, a movie spoils the book's plot and characters. Speaking in experience right now

Dorky May 29 2016 8:50 pm I have a request; please change the poster to this movie with Naoko and Toru, please! :(( One of my all time favorite movie though it left me feeling depressed for weeks after the first time watching it. T__T

June May 05 2013 4:30 am Though Kenichi is good as the role of Toru, the one playing Midori is not satisfiable! She is not suitable for that character! The film will be better if the details of the character like their way of speaking or their way of dressing are considered! Anyway the film is not as good as..ah no.. the film ruins the theme of novel is the real fact!!!

Jillian Apr 10 2012 4:39 pm Totally obsessed with the book of this at the moment...Haruki Murakami is a fantastic artist. I am totally looking forward to watching this soon...I actually bought both the movie and book together. The novel is absolutely beautiful so I'm totally looking forward to this! Kenichi Matsuyama is totally perfect for Toru, i think. & I think that Kiko Mizuhara will make a fantastic Midori. But I'm not too sure about Rinko Kikuchi....lol XD I totally pictured Naoko different. In fact, weirdly I pictured her more like Utada Hikaru. LOL. I think that Reika Kirishima will do lovely as Reiko!! Exactly how I thought of Reiko to look. Totally looking forward to this movie. Love Murakami's works!!

Alex Oct 18 2011 12:20 pm The strangest thing I've seen I think cinematic wise.. I had to watch it with all my classfriends for Japanese studies... we laughed ALL the way through it even though it's supposidly serious but come on we had no warning of what we would 'see' literally.