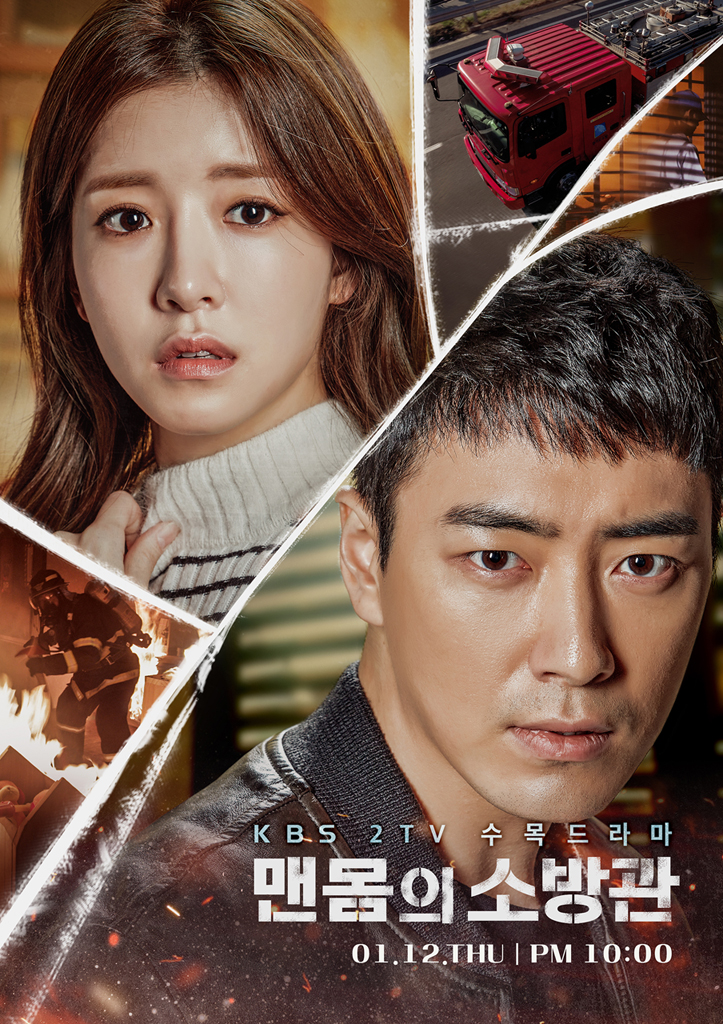 Kang Chul-Soo (Lee Joon-Hyuk) is an enthusiastic fireman. He poses as a nude model to make money for his sick friend. He is then targeted as the criminal of an arson-murder case that took place 10 years. Kang Chul-Soo and mysterious heiress Han Jin-A (Jung In-Sun) try to find the real culprit.

adeedea Aug 21 2020 2:57 am Oh Mai This Was Perfect!!! Anotehr Gem Drama!! 4 eps was really too little ?? The leads were amazing!!! No regrets watching this straight for 4hours I WISH THERE WAS MOREEE and pls watch it, its definitely worth the watch if u r looking for romance wif comedy and u wan ur heart to be warmed and u would wanna tear a little

BlackMoon Jan 24 2020 10:14 pm It's great drama. Lee joonhyuk's acting is so amazing i hope he get more main role in the future and i hope lee joon hyuk and jung insun play drama together again with 16 or more episodes ><

yegira May 12 2019 11:45 am I think this will be a great series with 20 episodes. I agree with others who said that it was rushed. I was enjoying Kang Cheol Soo and Han Jin Ha's bickering when suddenly everything gets messy. I am also dead curious as to what happened in the past when Cheol Soo had the scar. And what really happened inside the villa. This show has a great storyline but I really don't think it would fit in a 4 episode show. I love the character's chemistry especially the main leads. I would love to see them act in another drama in the future.

Audrey Apr 24 2018 1:37 am A bit rushed over 4 eps but a great drama you can watch in one go. Loved the main leads and the co-leads, so sweet and funny. Great chemistry, they weren't overly intelligent and a bit awkward but their courage and kindheartedness brought them through.

CKW Mar 13 2017 4:18 am Interesting drama with potential. But the ending was rushed and very anti-climatic. The drama would've had a better ending if it had one more episode. Either way, impressive chemistry between the two leads. Although the other characters could've been developed better, and sometimes the character interactions sprung up without any prior meeting for e.g at the end Jin Ah and Gwang-ho is shown to be in a friendship of sort, but they didn't even show us when they met.

Fiona Feb 01 2017 6:58 pm Ya jangdong i agree with you. Short drama but good plot Good chemistry between the main lead Lee joon hyuk is so sexy??

Dyana Jan 23 2017 5:15 pm This drama is so good!! The storyline, the chemistry between the leads, omggg can i have season 2 plsss, worth to watch! Very recommended ^^

love Jan 22 2017 5:42 pm the drama was full of suspense which made it really interesting. I really love dis drama.

Happy Jan 22 2017 3:26 am I loved and enjoyed watching the drama.. I love the two lead stars they complement each other.

pgirlcl13 Jan 20 2017 7:07 pm Ace this drama, wishing for another season with Naked Fireman, meaning short stories of other events. Outstanding performance by the whole cast members--loved Lee and Jang acting together.

I like it! Jan 19 2017 4:53 pm I think this is one of the most breathtaking drama ever... Very plot twisted that make you insane... Even it's too short, i like main character's chemistry each other. Hope KBS or other channel could make some drama like this. Worth it!!

more fugitives drama! Jan 19 2017 9:43 am i just remembered how interesting and intriguing these kinds of framed fugitive dramas are. I really liked the story and its too bad that its only 4 episodes. I only know "2 weeks" as having framed fugitive theme. It was a really good one! Does anyone know anymore dramas like these? I need more of it! plz recommend some good ones~!

Gramster Jan 14 2017 11:11 am I saw the first episode and it's very promising, just 4 episodes but I've come to a liking for this format :) I'm looking forward to next week's episodes